Echoes of Indy in the Park

Echoes of Indy in the Park

Vintage Motorsport magazine’s Sept./Oct. issue contained a full report on last month’s Pittsburgh Vintage Grand Prix racing extravaganza at the Pennsylvania city’s Schenley Park. But it’s worth taking a look back at the Vintage Indy in the Park portion of the event, which succeeded beyond the PVGP’s most optimistic expectations in helping to attract nearly 100,000 fans per day.

“This event was everything they said it would be and more,” Unser exclaimed when the smoke had cleared.

“What a terrific weekend!” said Eric Zagrocki, PVGP executive committee and Vintage Indy coordinator. “Vintage Indy brought in a great group of cars and drivers creating new lifetime memories for our fans. I’ve gone to many vintage race events, but had never seen an STP Indy Turbine car until Schenley Park. I will long remember the sound of the turbine and the sight of jet exhaust floating over the grid.” 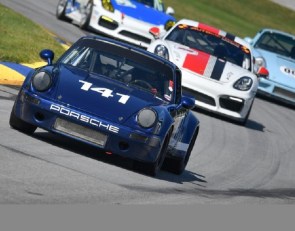