Among the newest additions to Mecum’s 600-car lineup for its Aug. 12-14 Daytime Auction at the Hyatt Regency Monterey Hotel and Spa is a group of three Shelby American cars.

First is a 1967 Shelby 427 “Semi Competition” Cobra, one of only 29 427 Cobra S/Cs built, and restored by Robin Automotive in Northern California. The celebrated car has won numerous awards throughout its lifetime, including first place in Competition Shelby Popular Vote at SAAC-5, a Gold Award at the 1998 SAAC Convention and Best Cobra and Best Comp Cobra at the 1999 SAAC meet in Ann Arbor, Michigan.

Next is SFM5R538, the winningest 1965 Shelby GT350R Fastback ever. One of only 36 factory competition models ever built, it claimed the SCCA Southeast Divisional Championship under original owner Roger West before making 54 starts with 42 finishes and 32 wins under the tutelage of second owner Charlie Kemp and crew chief Pete Hood, including a run of 17 straight victories between 1968 and 1969.

And CSX2495, a 1965 Shelby 289 Cobra Roadster, was once owned by Jim Inglese, founder of the famous Inglese Induction Systems. In fact, Inglese’s foray into the tuning industry was allegedly inspired by this very car. While installing a set of Webers on CSX2495, Inglese ran into so much difficulty trying to get them to function properly, he decided to start an entire company dedicated to the process.

See more images from the sale and the full docket at VintageMotorsport.com. 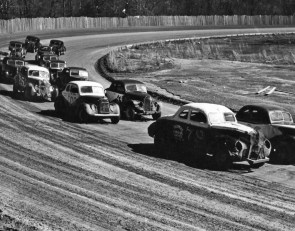 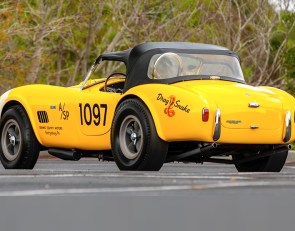 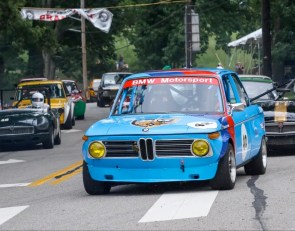