Something amazing is happening related to the energy and engagement of racing fans in 2021. A stunning milestone for RACER.com has just been achieved. In just 208 days, 2021’s user traffic on RACER.com has already surpassed the previous all-time-record annual user total of 6,592,058, which was set during the full 366 days of 2020. We are now past 6,600,000 annual users in 2021 — and still climbing — with 157 days still left in the year. In other words, we are only 57% through calendar 2021 and we’ve already eclipsed the user tally for all of 2020. The audience for RACER.com has grown by more than 75% this year and 85% so far in July, so it appears that the growth is accelerating, despite there being reduced racing activity this month due to the Tokyo Olympics broadcasts temporarily displacing racing on NBC’s various media channels.

We’ve realized that something big has been happening for some time. RACER.com’s growth surge began in May 2019, and every month since then has set new records. July 2021 will be the 27th consecutive month of year-over-year user growth. So, thank you to everyone who has visited RACER.com during this most turbulent and unusual period in our 29-year history.

In my previous columns, I have also stated that we believe our RACER audience’s enthusiasm for racing that sparks their desire to share our stories is a key factor in our growth. So far in 2021, the average number of monthly story shares directly from RACER.com is 608,806, compared to a monthly average of 350,099 in 2020. During the first six months of 2021 there were 3,652,834 story shares directly from RACER.com, and it’s possible that by the beginning of August, the 2021 tally will already top the 4,201,184 total direct story shares in all 12 months of 2020.

However, we realize that our growth is not just about RACER’s media and social media channels and the enthusiasm of our influential audience. Looking at the timing of our growth surge, it is clear to us that the improved TV broadcast and streaming partnerships that IndyCar, IMSA and NASCAR have with NBC Sports is a powerful engine driving our growth, and that of the sport overall. I want to personally thank the leadership at NBC Sports and those involved in production of these broadcasts for raising the visibility of IndyCar, IMSA and NASCAR, while also restoring the cultural presence and audience momentum for two of the sport’s crown jewels, the Rolex 24 At Daytona and the Indianapolis 500. Unlike many traditional sports that are struggling amid the shifting sports media landscape and diminished fan energy, auto racing is proving it has real mojo as we move past the heart of the global COVID-19 pandemic. NBC’s recently renewed and expanded commitment to IndyCar shows that we at RACER are not alone in recognizing that the devoted racing fan is central the sport’s future in a disrupted media distribution landscape.

The same can be said for Formula 1’s growing viewership on ESPN. F1’s impressive U.S. audience gains are also fueled by Liberty Media’s savvy use of social media and the game-changing “Drive to Survive” docuseries on Netflix that has attracted new fans to our sport by taking them inside the sport and its culture. Now, every major racing series is developing similar programming to attract and engage new audiences.

On that latter subject, I have written several columns that included my critical views regarding use of paid social media influencers by some manufacturers, sponsors and series marketers.  Although my perspective on this has not changed, I want to be clear that I do believe in the importance and influence of social media — especially if it is authentic and sincere in its personality.

I continue to believe that the most relevant social media influencers in our sport are the actual racers themselves, and also the committed racing fans who share their genuine passion for our sport. I also believe that endemic media outlets like ours, along with the various racing series’ PR and social teams ­ – as well as those of many of the race teams themselves – provide meaningful context, along with cultural validation and critically important sustained visibility throughout the year.

In stark contrast to the tired old mid-20th century maxim “don’t waste time or money preaching to the converted”, we now live in an age where “the converted” are driving conversation about our sport, which in turn generates more interest, higher engagement and surging growth. The bottom line is that racing’s core audience, along with the marketers who recognize and respect their power and influence, have never been more important to the sport’s future. 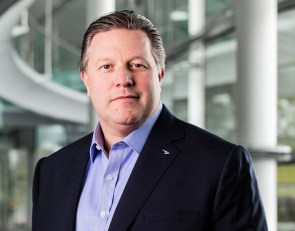