Racist abuse of Hamilton condemned by F1, FIA and teams

Racist abuse of Hamilton condemned by F1, FIA and teams

Formula 1, the FIA and teams have united to condemn racist abuse directed towards Lewis Hamilton following his collision with Max Verstappen at the start of the British Grand Prix.

The two title rivals collided at Copse on the opening lap, with Verstappen being pitched into a spin at nearly 180mph and slamming into the barrier at high speed. Hamilton was given a 10-second time penalty for the incident, and after Verstappen criticized Hamilton for celebrating his comeback victory while his rival was in hospital. Meanwhile, multiple comments were highlighted on Mercedes’ social media posts about the win.

'I believed in victory until the very last moment' - Leclerc

A joint statement from Formula 1, the FIA and Mercedes on Monday morning pointed out that similar had been seen while the race was ongoing.

“During, and after, yesterday’s British Grand Prix, Lewis Hamilton was subjected to multiple instances of racist abuse on social media following an in-race collision,” the statement read. “Formula 1, the FIA and Mercedes-AMG Petronas F1 Team condemn this behavior in the strongest possible terms.

“These people have no place in our sport and we urge that those responsible should be held accountable for their actions. Formula 1, the FIA, the drivers and the teams are working to build a more diverse and inclusive sport, and such unacceptable instances of online abuse must be highlighted and eliminated.”

Opinion and rivalry are central to our sport. But there is absolutely no place for racism or discriminatory abuse

We will work to hold anyone promoting such views to account. We urge people to show respect and basic humanity; and to report any examples below those standards https://t.co/8DJVC1hOco

The comments were backed up by Red Bull, with Verstappen’s team quick to also take a stance against the abuse Hamilton had faced.

“While we may be fierce rivals on-track, we are all united against racism,” Red Bull posted. “We condemn racist abuse of any kind towards our team, our competitors and our fans.

“As a team we are disgusted and saddened to witness the racist abuse Lewis endured yesterday on social media after the collision with Max. There is never any excuse for it, there is certainly no place for it in our sport and those responsible should be held accountable.” 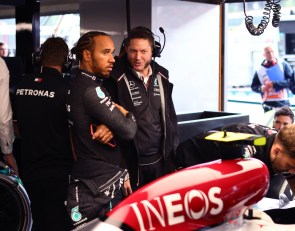 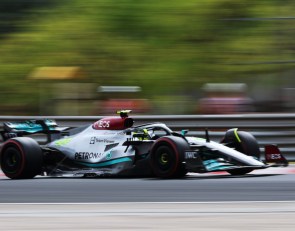 F1 releases 'Drive it Out' video to combat abuse