While a poor start cost him the lead of the Sprint to Max Verstappen, Lewis Hamilton admits he is worried by the pace demonstrated by the Red Bull driver after that.

The defending champion qualified fastest on Friday, meaning he started from first in the inaugural Sprint race that set the grid for the British Grand Prix. However, Verstappen took the lead before Turn 1 and held Hamilton off in a close fight on the first lap before going on to victory, and Hamilton says the race was lost at the start.

“Well, it was terrible, so of course it could have been better,” Hamilton said. “We have a target position which you have to hit with your clutch. The goal was to be on target and I was on target, so I did what I was supposed to do but it didn’t deliver, for whatever reason — I don’t know why. I had a lot of wheelspin and the rest is history.

“I was trying everything obviously to get by (on the first lap), they were just too quick. He was just too fast today.”

That pace worries Hamilton when he looks ahead to the grand prix, when he will start second with teammate Valtteri Bottas third.

“I think (Verstappen) had a lot of pace in him today — I don’t think he was having to push particularly too hard and we were flat-out, so tomorrow is going to be tough. If I can somehow try and keep up with them through the stints, maybe we can apply pressure through strategy; but we’re not going to be overtaking them on the track, they are just too fast. So we play the long game, hopefully.”

Despite losing first place on the grid from qualifying for the main grand prix, Hamilton says he can see the value in the trial format for the fans. 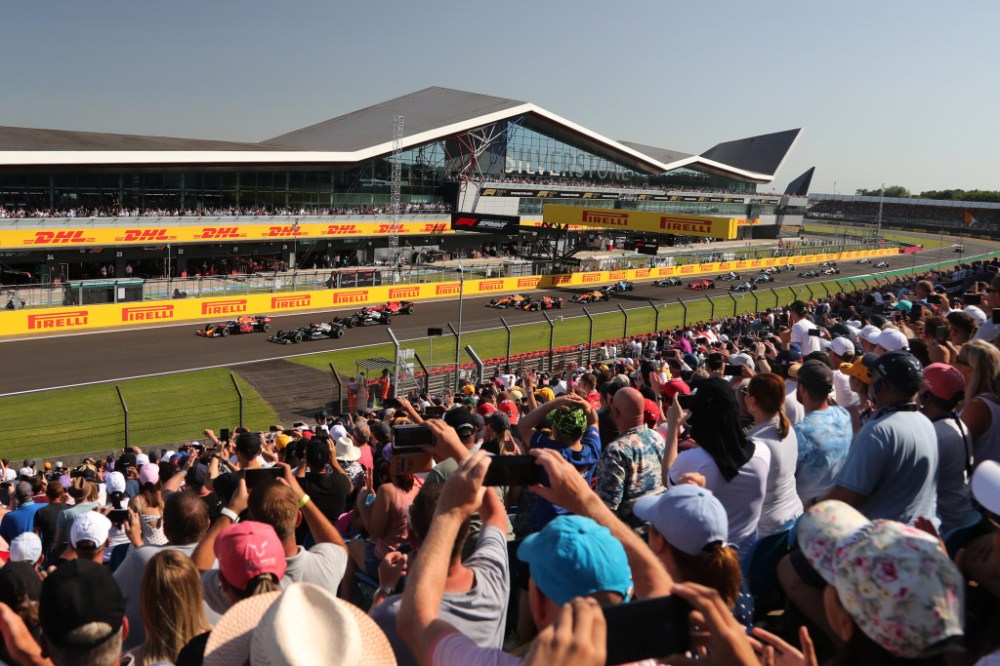 Hamilton feels the Sprint format gave the fans their money’s worth, but wonders if it wouldn’t be better running both races on Sunday. JEP/Motorsport Images

“Yesterday was enjoyable with the way it was set up with the one session and then straight into qualifying. In my opinion, it only needs to be a Saturday and Sunday weekend. That way we have one whole day less of driving these cars around the track. Obviously that would be better in terms of going more green.

“Today has been… I think it’s because it’s so difficult to pass with these cars, you need pit stops and strategy to help sometimes, otherwise it’s so hard to get close. We’ve got a different rear tire this weekend but we’ve got the highest pressures I think we’ve had, so blistering is an issue and thermal deg is an issue.

“Today they did a great job and I think the fans enjoyed it, from what we saw on the parade laps. It’s always nice doing more races but tomorrow we’ve only got one event. It’s almost like they should do the sprint race on the Sunday and the race, because there will be a lot of sitting around for people tomorrow.”