Harvey, who’s been putting in some standout performances in his second full season with Meyer Shank Racing, and Daly, fresh from leading a race high 40 laps in the Indianapolis 500 for Ed Carpenter Racing, preview this weekend’s NTT IndyCar Series double-header on Detroit’s Belle Isle street course.

After earning a front-row starting slot on the streets of St. Petersburg earlier in the season, is Jack heading for a breakout weekend in Detroit? What did he learn from his Indy 500 teammate and now four-time winner Helio Castroneves? And who does the Brit recommend for your INDYCAR Fantasy Challenge Driven by Firestone picks in the Motor City?

And after leading his first Indy 500 laps in the No. 47 U.S. Air Force Chevy, how will Conor carry that momentum into Detroit? Oh, and does he have room in his trusty Tahoe for taking some trophies back home to Indy?

Think you can pick a more potent INDYCAR Fantasy Challenge driver roster than Conor, Jen, Jack and Laurence? Sign up now at fantasy.indycar.com or on the INDYCAR App Powered by NTT Data to test your IndyCar knowledge and maybe even win some great prizes. It’s fun and it’s free! 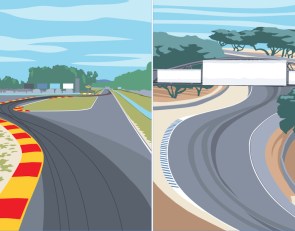 Stories that made 2022: America’s classic corners