Among the offerings in RM Sotheby’s June 15 Milan auction are four Ferraris, two of which boast competition history.

A 2000 Ferrari 550 GT1 (pictured above) is one of two cars built by Italtecnica for Team Rafanelli for the 2001 FIA GT Championship and driven by Emanuele Naspetti and Mimmo Schiatterella. It’s also a veteran of the 500km of Monza, Spa 24 Hours, 3 Hours of Brno and 3 Hours of Silverstone.

A 1994 Ferrari 348 GT Competizione Michelotto, one of 11 built by Michelotto, is one of just three with period racing history. It’s well documented and eligible for the Ferrari Club Competizione GT, Challenge and GT Days and Endurance Legends.

See more items from the sale at VintageMotorsport.com. 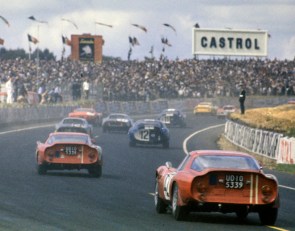