As President of the Historic Motor Sports Association (HMSA), Cris Vandagriff and his family have been “extremely involved” with motorsports for generations. His great-grandfather, Harry Buchanan Grey, began as a riding mechanic at the Indy 500. His father, Chic Vandagriff, ran his Hollywood Sport Cars racing team from 1968 to 1972.

Vandagriff recalls spending three months a year in Pontiac with his dad’s Can-Am team from 1969-1971. Now he’s been recruited by M1 Concourse CEO Tim McGrane to curate vintage cars for the inaugural American Speed Festival in Pontiac, set for Sept. 30-Oct. 3. See the 15 historic cars already confirmed for the festival. 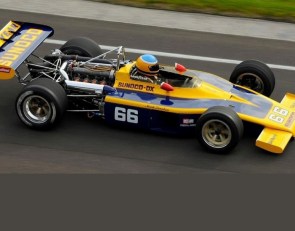