Organizers of the ERA Championship, the world’s first all-electric junior formula race series, have announced a four week winter series bootcamp, which will take place in California and Nevada in January 2022. Full location details will be revealed in the coming weeks.

Twelve spots are available for young drivers looking to step up from karting into open-wheelers or gain experience of racing in all-electric machinery. The winter series will be a closed bootcamp format, featuring four weeks of testing, training and racing.

All drivers will get a significant amount of track time, including six races with the ERA “Mitsu-Bachi” F110e, an equivalent level to traditional F4, with the winner of the series earning a full scholarship to race in ERA Championship Summer Season in 2022.

The bootcamp also includes driver coaching, testing and training with race performance analysis and feedback from industry-leading engineers, plus media training and sponsorship workshops, and a dedicated fitness and nutrition program.

The series will be filmed for a documentary, with full details being announced in due course.

“The demand for an all-electric single seater program for young drivers is high, and with COVID-19 disrupting much of the motorsport calendar in the last 12 months, we decided that establishing this winter series in a bootcamp format allows us to offer drivers the opportunity to go racing and get the experience they want, under the guidance of world-class drivers, coaches and engineers, while also having a once-in-a-lifetime experience,” said Beth Georgiou, ERA Sporting Director.

“We will be pleased to offer the winner of the series a full scholarship to race in ERA Championship Summer Season next year, armed with four weeks of intensive training and race experience.”

Registration is now open for the ERA Driver Bootcamp via the championship website. 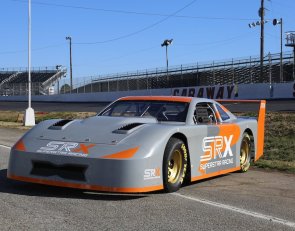