NASCAR officials announced Sunday morning that they will not penalize Noah Gragson for his actions during Saturday’s Xfinity Series race at Atlanta Motor Speedway, ruling that pit-road contact between his car and Daniel Hemric’s — which led to a pit road scuffle between the pair after the race — was unintentional.

Gragson’s No. 9 JR Motorsports Chevrolet backed into Hemric’s No. 18 Joe Gibbs Racing Toyota on pit road after both drivers overshot their pit boxes. After the race, the two drivers trading shoves before they were separated.

Are you Team Hemric or Team Gragson after this one?pic.twitter.com/KF8COEkMHp

Scott Miller, NASCAR Senior Vice President of Competition, said that the incident was reviewed after a post-race consultation with Gragson at the series officials’ hauler.

“We reviewed the incident which occurred between the 9 and 18 cars on pit road during Saturday night’s race at Atlanta Motor Speedway, and met with Noah Gragson after the event,” Miller said in a statement. “A chain reaction of events led to the 18 and 9 both overshooting their pit stalls. The 9 ended up both long and out of his pit box to the outside, and needed to back up as far as possible to have any chance at fully pulling into his box. After reviewing the video, it is our judgment that the contact was not deliberate.” 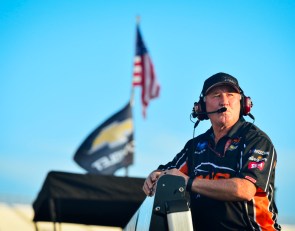 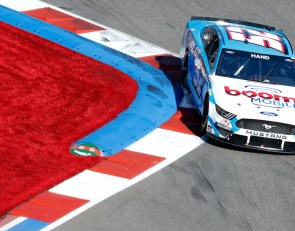