The GT Celebration Race Series has announced an experienced line-up of racing officials for its 2021 sports car campaign as the season-opening doubleheader 40-minute races approach at Sebring International Raceway on March 11-13.

Led by CEO and founder Rob Morgan, the GT Celebration Race Series has assembled an group of administrators with decades of racing knowledge and qualifications to lead the FIA bronze-rated drivers in the four-class competition with GT3, GT4, PC and TCC sports cars.

Morgan has announced the primary officials for the 2021 GT Celebration Race Series will be veteran racer and official Todd Snyder as Director of Competition, longtime motorsports engineer Nick Lester as Technical Director and multi-time race winner and series driving champion Kelly Collins as Sporting Director and Driver Advisor. The trio have accumulated some 75 years of on-track and behind-the.scenes racing experience to lead and assist the competitors in the racing trail designed for enthusiasts by enthusiasts.

Lester, a native of the UK, comes to the GT Celebration Race Series after a stellar engineering career which includes stints with Roush Racing in the United Kingdom, Honda Performance Development (HPD) in California, Cosworth in Indiana and, most recently, Porsche Motorsport North America where he served as Technical Director and Customer Support Manager. Nick has worked with the Panoz LeMans team, David Price Racing, DAMS motorsports team, Team Green and Walker Racing in the CART series, GM/Cosworth Indy partnerships and numerous Porsche operations including the 2013 LeMans 24 Hours victory in GT3 Pro-Am class.

Arizona native Collins brings a sensational racing resume to the GT Celebration Race Series including eleven years as a factory driver for General Motors as well as with runs with Panoz, Pontiac, Porsche, Nissan, Honda, and BMW. Kelly captured the 2008 Grand Am GT championship as well as the 1999 24 Hours of Daytona and 12 Hours of Sebring. He spent 15 as a Skip Barber lead instructor and test driver for the race series. In the past 32 years, Collins has been a SAG stunt driver for commercials and movies including Ford vs. Ferrari.

While the inaugural series in 2020 held five weekend events despite working around the COVID-19 restrictions, the GT Celebration Race Series has expanded to seven weekend events (14 races) for 2021 with the season opener scheduled at the legendary 3.74-mile, 17-turn road course at Sebring, Fla.

In addition to the season opener at Sebring weekend, the GT Celebration Race Series schedule will include Thunderhill Raceway Park in California on April 8-11, Michelin Raceway Road Atlanta on May 6-8, Circuit of the Americas on July 30-Aug. 1, Road America on Aug. 13-15, Utah Motorsports Campus on Sept. 17-19 and Sonoma Raceway on Oct. 15-17. 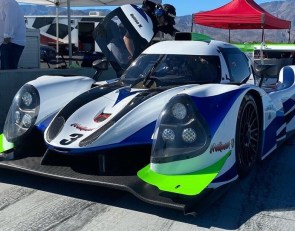 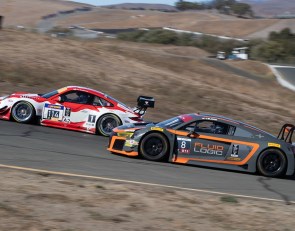 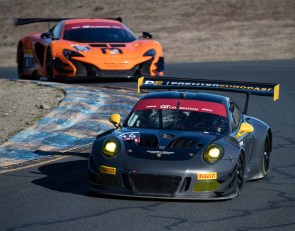