Romain Grosjean says he would only be open to racing in Formula 1 again as a substitute driver, but won’t return to a back-of-the grid team.

Set to make the switch this year from F1 to IndyCar with Dale Coyne Racing, Grosjean does so at the age of 34 and with 179 grand prix starts to his name. As he has recent experience and with six of the 20 drivers having tested positive for COVID-19 in the past seven months, Grosjean says he can see a situation where he might be called upon and would make a one-off return if required but now prioritizes having a more competitive seat in any series he competes in.

“I think it’s a closed book, but never say never,” Grosjean said. “If there are any good opportunities in F1 I would be more than happy to jump in. I’ve got the experience, I think I can adapt myself to the car. We’ve seen with Pierre Gasly recently being positive to COVID that COVID’s still around. There’s always a risk that a driver might not compete in a race.

“I think the most recent guys in Formula 1 are Kevin (Magnussen), myself and Alex Albon, we’ve got the experience and we know the most recent car, so you can expect to get a call.

“Really one thing I learned from my accident is that life is short and I want to have the choice to say no to something, if it’s being in Formula 1 to barely go out of Q1 once or twice a year, I think that chapter is closed for me. I’d much rather look at other places where I can go race and potentially try to win races.”

When Grosjean suffered his severe accident at the Bahrain Grand Prix, he targeted a return at the final race in Abu Dhabi in order to round off his F1 career in a more positive way than his crash. At the time, Toto Wolff said Mercedes would offer Grosjean a test in a recent car if he failed to make the final race and no other team could offer him that opportunity, and the Frenchman is keen to follow that offer up.

“I’m still very keen on jumping in the Mercedes F1 car, for sure. It’s an offer you cannot refuse. Just to have an understanding of the taste of that car and how it was working. Yes, definitely, at the minute they are absolutely flat out in building the new car for the new season, when it’s going to start and how it’s going to go.

“I won’t phone Toto right now! But he can expect to get a phone call eventually (from) me asking to have a go at it, I think it could be absolutely beautiful. But also I’m going to the U.S. in 15 days and spend some time there and learn about IndyCar, I just wanted to do the full IndyCar program going before looking at other things.

“I think it’s not a good time to chase that, but as I say, I will give a phone call to Toto at one point and see what can be done. The offer really touched me in a good way — and obviously I would love to do it.” 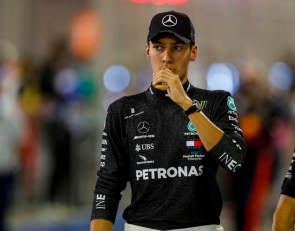 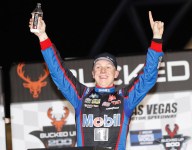 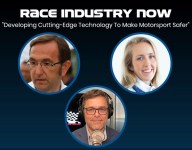