Saturday’s 8-hour season finale for the 2019/20 FIA World Endurance Championship at Bahrain International Circuit will see an all-Toyota front row for the final race of the LMP1 Hybrid era — not the most surprising result after qualifying but the drama of the race to come comes down to a simple truth — If neither Toyota is delayed, the winning car’s drivers take the world championship.

On pole position will be the No. 7 car after a convincing qualifying performance from Mike Conway and Jose Maria Lopez (who share the car with Kamui Kobayashi) outpacing Brendon Hartley and Kazuki Nakajima (who share the No. 8 Toyota with Sebastien Buemi), the two Toyotas separated by three quarters of a second.

Row two will see the fastest qualifiers in LMP2 line up, the confirmed class champions, United Autosports claiming a fourth WEC pole position of an extraordinary season for the British team. Ex-F1 man Paul di Resta and young gun Phil Hanson brought the effort home a convincing eight tenths clear of fellow class front row starters Jackie Chan DC Racing, their Goodyear-tired No. 37 ORECA in the hands of Will Stevens and Gabriel Aubry leaping up the order in the second part of the session.

GTE Pro saw a post-session change to the result, with the championship-leading No. 95 Vantage GTE first declared as pole winners only for it to be handed back to the No. 92 Porsche Team 911 RSR-19 of Michael Christensen and Kevin Estre. Nicki Thiim’s early effort in the Aston Martin had been backed up strongly by fellow Dane Marco Sorensen, who initially took pole by 0.068s only to lose it when race control reinstated a lap for the Porsche that had been counted out because of a reported track limits violation.

Also in the hunt for pole at the end were title challengers AF Corse, whose No. 51 Ferrari 488 GTE was just over a single tenth away with Ferrari factory men James Calado and Daniel Serra at the wheel.

GTE-Am saw the No.98 Aston Martin of Ross Gunn and Paul Dalla Lana produce their first pole position for a year ahead of the second Vantage GTE in the class, the title challenging No. 90 TF Sport car of Salih Yoluc and Jonny Adam. 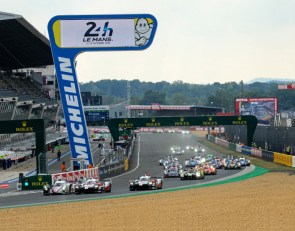 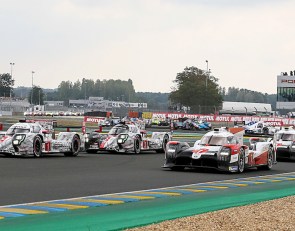