What Alonso will want to see is that Renault can prove its fundamental understanding of the aerodynamics is sound by adapting to these changes well and by making another engine step. While it’s fanciful to expect Renault to be a Mercedes or Red Bull beater in 2021, another step forward and securing a place at the front of the midfield would confirm Renault can realistically aspire to a big enough improvement in 2022 at least to think about grabbing a win or two. And Alonso will be hoping that it could even be more. Add to the mix the cost cap, which will eliminate some of the limitation Renault has by being an ambitious works team but with a smaller budget than the big three, and the conditions are there to hope for something special in 2022.

There’s a compelling heart to this story. Alonso, the prodigal son, returning to F1 with the team at which he took so much success in the past. Renault, too, has an engaging trajectory, having stumbled on its upwardly-mobile path to the front in 2019 as it hit a developmental brick wall. As with any great story, the setbacks are crucial to the story – not least because without that struggle last year, Ricciardo might well have signed on for another year and shut Alonso out.

“I know what the team is capable of, I know the prospects for the future are good so the podium was just a consequence, a thing that had to happen,” said Alonso. “The most important thing is to follow the trend that we are seeing now to keep this momentum into next year and especially 2022, and I think we know how to do it. “

Enstone certainly has a touch of magic about it. While rarely considered among the great grand prix teams, it is unusual in that it’s one of the few that has had two waves as a title-winning force – the mid-1990s success with Michael Schumacher as Benetton then the Renault glory of 2005-6. It had another period of success with Kimi Raikkonen in 2012-13 until financial troubles led to it sliding down the grid before Renault bought it again.

While there have been many comings and goings over the years and, once it becomes Alpine next year, five changes of identities, there is still that same DNA coursing through the team that allowed it to go from qualifying just twice in its first F1 season as Toleman in 1981 to conquering F1.

What will define whether the Alpine/Alonso partnership is a success is whether the technical team really can take those next steps towards the front. The 2022 regulations are very different, with a far greater bias to underfloor aerodynamics and bodywork very tightly regulated. The idea is that this will mitigate some of the advanced techniques used by the top teams to control the wheel wake and manipulate the aero load to maximize front grip when lock is applied in slower corners.

But that fundamental depth of understanding should be applicable in other ways to the 2022 regulations, and this is where Renault must continue to make gains. And it needs to, because the new regulations won’t make the leading teams any less capable. That it made its revised Mercedes-style nose, introduced at the start of this year, work proved that it’s getting better in this area so the trend is encouraging, but time is limited.

If Renault can establish itself ahead of McLaren at the tip of the midfield, the odd race win could be a realistic target. Coates/Motorsport Images

The technical changes also give reason to be optimistic. Pat Fry took over as technical director (chassis) having played a key role in McLaren’s turnaround, while the well-regarded Dirk de Beer – a key part of the team’s Raikkonen-era success – joined as head of aero over the winter. With executive director Marcin Budkowski overseeing the wider evolution of the technical department, the ingredients are there.

But while change presents opportunity, it also creates risk. Every single team sees 2022 as a chance to make a leap forward, and history tells us some will get it wrong. That is the mistake Renault must avoid and, counter-intuitively, what happens in ’21 could be critical in evaluating the team’s chances of making the following season work. If it can adapt well to the minor changes for next year, that suggests its aerodynamic progress is not merely built on sand. And it has certainly taken plenty of soul-searching for the team to tackle some of its technical problems.

Ricciardo has also played a key role in driving this on, providing clear guidance on where Renault was lacking compared to Red Bull. Initially limited by the car’s struggles in the corner-entry phase, particularly at higher downforce levels, this has improved, and it’s clear Renault is looking in the right places to make gains. The question is whether it can do so fast enough.

But for Alonso, the positive thing is that the team is on an upward trend. While winning the title is the clear objective, it must still be considered unlikely in 2022 given just how strong Mercedes is sure to be. After all, that team has already maintained its dominance through one significant change of rules in 2017 and then a subtler one last year so there’s no reason to assume it won’t do the same in ’22.

Although he turns 40 next year, Alonso is still fit, motivated and eminently capable of winning races. His return could still go either way, as a few months of progress for Renault doesn’t mean it won’t hit another developmental brick wall, but the combination of Alonso, Enstone and Renault (or rather Alpine) has prevailed before. What a story if it can do so again. 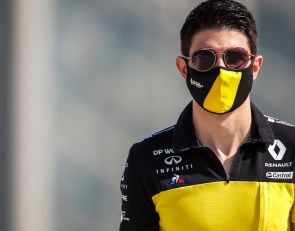 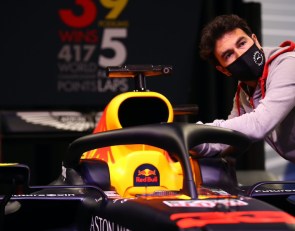