Albon qualified fifth but dropped to sixth place early on, and then made an early pit stop before clumsily clipping Daniil Kvyat’s front wing when overtaking the AlphaTauri on his way back through the field. That incident earned Albon a five-second time penalty, but he would never serve it as he was forced to retire due to radiator damage, and Horner believes there was a chance he’d have been fighting Daniel Ricciardo and Sergio Perez for a podium were it not for that problem.

“He had a big lock-up into Turn 3 on the opening lap and our concern was that he’d pretty much gone through to the canvas, and we were seeing vibrations increasing and increasing to the point that it was past our threshold,” Horner said. “So from a safety point of view we had to pit him at that point.

“He then started to make good progress back through the field but was very unlucky in that he picked up some debris that pierced a radiator on the cooling circuit, and we just saw our temperatures going sky high. Before losing an engine, it seemed we had no choice but to stop the car.

“It was a shame in the race, because I think he would have been racing Perez and Ricciardo even with that flat spot and the early stop. So it was a shame for him not to see that come to fruition because he had a pretty sensible weekend.

“He was almost on the second row of the grid – a few hundredths of a second off that – he was a lot closer to his teammate than he was in Russia, so it’s a shame he didn’t get a result out of it because I think there was more to come.”

With Helmut Marko having suggested to German media that Red Bull could look to more established drivers who are without a drive for 2021 if it needs to replace Albon, the Red Bull advisor also stressed the team doesn’t envisage anyone getting any closer to Max Verstappen, and Horner suggests the Dutchman is only getting stronger.

“As he gains experience, I think that he’s just maturing as a driver,” he said. “He’s literally only just turned 23 years of age, but he’s got a significant amount of races behind him now and he’s just growing and growing. You can see that maturity in the car, in his racing, and I think there’s exciting times ahead of him.” 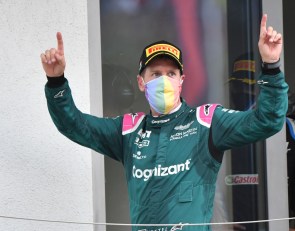 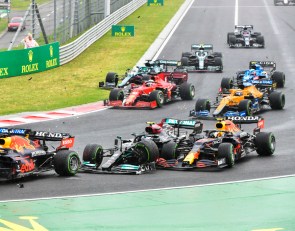