John Lamm, a longtime automotive journalist and member of the organizing committee for the Rolex Monterey Motorsports Reunion, has died at the age of 76.

“John was there in the beginning when Steve Earle took his crazy idea of gathering some friends to dust off their cars for a track day and transformed the small gathering into what became the world-renowned event that it is today,” WeatherTech Raceway’s Barry Toepke said of Lamm’s involvement with the Reunion.

“As part of our selection committee, John offered salient insight from seemingly out of nowhere,” Toepke added. “He was best friends with Formula 1 world champion Phil Hill and frequently wrote and photographed about their travels together for Road & Track magazine, books and international magazines.

“He was also the director of our annual group photos,” Toepke continued. “From high atop the lift, he would bark orders to position the cars just as he had planned in his head. He was quite the character, always upbeat and positive, and was forever passionate about not only the event, but the people and cars that assembled each August. He enjoyed watching you on track, working in the pits, and sharing stories with future generations to keep the passion for automobiles alive.”

A Wisconsin native, Lamm was inspired to his career after watching races at Elkhart Lake. He landed his first job at MotorTrend magazine, and after six years there, joined Road & Track, where he stayed for 37 years.

He also had 10 books to his credit, and received two of automotive journalism’s highest honors for writing — the International Motor Press Association’s Ken Purdy Award and the Motor Press Guild’s Dean Batchelor Award. Lamm had also been a judge at the Pebble Beach Concours d’Elegance for two decades.

“For those who knew John or crossed paths even briefly with him, we know that we are all enriched from the experience,” Toepke said. “He will be dearly missed roaming the paddock next August.” 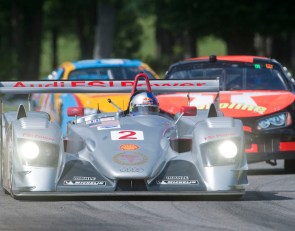 Nico Rosberg will join the ranks of Extreme E team owners with the formation of Rosberg Xtreme Racing (RXR), which will make its racing (…)

Haas expected to drop both Magnussen and Grosjean

Haas is poised to drop both Kevin Magnussen and Romain Grosjean in a complete change of its driver line-up for the 2021 season. Team (…)

Stewart welcomes Briscoe with a prank

Tony Stewart knows a driver only learns they are going NASCAR Cup Series racing once in their lifetime, and the three-time champion (…)