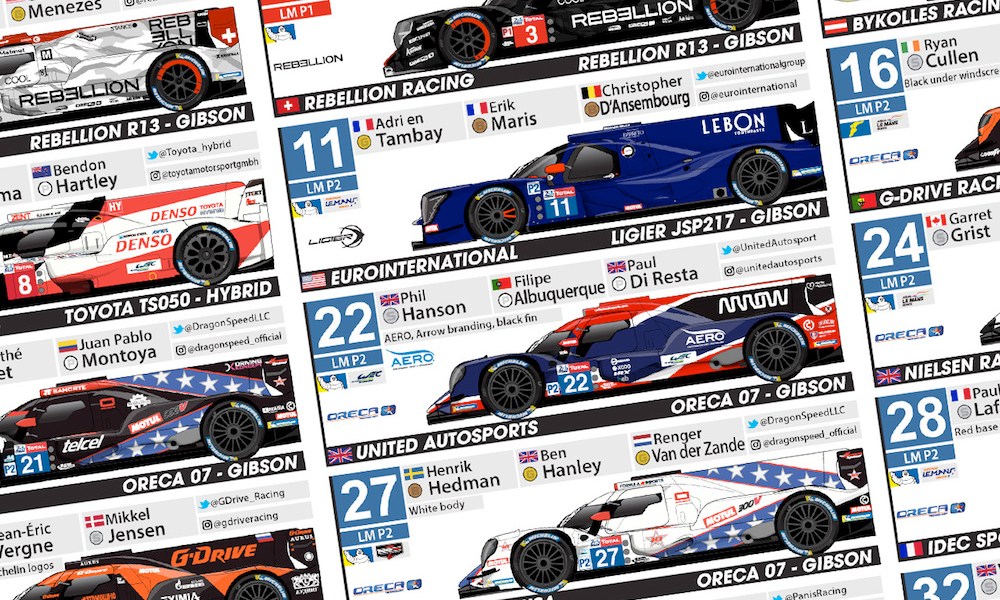 The annual tradition of waiting for the release of Andy Blackmore Design’s 24 Hours of Le Mans spotter guide has come to an end.

Pushed live Tuesday morning, the art and information contained within the guides have become essential reading for those who love preparing for the great endurance race by pouring over the hundreds of data points presented each year.

Official practice and qualifying for the 2021 edition of sports car racing’s crown jewel begins on Wednesday.

Readers of RACER magazine will be very familiar with the work of Californian artist Paul Laguette, whose illustrations have graced many (…)

The FIA World Endurance Championship will return next season with a new CEO. Gerard Neveu, who leads the Le Mans Endurance Management firm (…)

Matt Kaulig is a busy man between owning a race team and being the executive chairman of Kaulig Companies, which operates five different (…)

Bernie Ecclestone’s name was synonymous with running Formula 1 for decades, but that all changed when Liberty Media took over and (…)