Cole Custer winning a NASCAR Cup Series race was not on the 2020 bingo card.

No disrespect is meant toward Custer; the statement is intended more as a reminder of how tough rookies have it when moving into the premier series regardless of their success along the way. And until recently – as in two weeks ago, when he pushed Stewart-Haas Racing teammate Kevin Harvick to the win at Indianapolis – Custer was an afterthought in the rookie conversation.

So, no, Custer winning at Kentucky Speedway over the weekend, or anywhere this year, probably wasn’t something many put money on. Kentucky was just his 20th start in the Cup Series, and going into the Quaker State 400, Custer hadn’t even yet led a lap.

The neat bit is that Custer didn’t steal the win. He didn’t luck into it, or take advantage of weather or fuel mileage, or any other situation in which critics would be quick to write off his accomplishment. Led by crew chief Mike Shiplett, the No. 41 Ford Mustang made a steady progression all afternoon to be in the right place at the right time.

The youngster didn’t blink when it came to putting his car in the thick of the battle for the lead; a fight that included two former series champions in Harvick and Martin Truex Jr. Custer knew what he needed to do – get to the top – and that momentum would be his best weapon.

“It just goes (back) to probably the Truck Series,” he says. “I think our restarts are very similar to the Truck Series. You just got to keep the momentum up, make three-wide moves. I think that’s just what you kind of got to base it off of. Overall, it’s a combination of everything, everything you learned throughout your career, trying to time the restarts right, get momentum on people, get to their outside. Once you’re up front, you got to take advantage of it.

“It’s just unbelievable. I just came into this race hoping to get a solid finish and get us pointed in the right direction going toward the playoffs. To come out of it winning is just unimaginable.”

Custer’s win does two things. First, he becomes the last driver to qualify for the NASCAR All-Star Race (Wednesday, 8:30 p.m. ET, Fox Sports 1) through a race win. (Again, who saw that coming?) The team will skip the stress of competing in the All-Star Open or the longshot of the fan vote and go straight to competing for $1 million.

Custer’s Kentucky breakthrough also earned him a place in the All-Star Race and the Playoffs, and gave him a huge edge in the Rookie of the Year fight. Not a bad day’s work. Image by Kinrade/Motorsport Images

Second, in the near future, Custer will be a playoff driver. Kentucky moved him five spots up in the points, from 25th to 20th, but that no longer matters to Custer or his team. It does, however, matter to those who are sitting on or around the bubble. The grid now looks like this:

Aric Almirola is 10th on the playoff grid, +116 point on the cutline

Kurt Busch is 11th on the playoff grid, +104 points on the cutline

Kyle Busch is 12th on the playoff grid, +89 points on the cutline

Matt DiBenedetto is 13th on the playoff grid, +68 points on the cutline

Clint Bowyer is 14th on the playoff grid, +47 points on the cutline

William Byron is 15th on the playoff grid, +30 points on the cutline

Jimmie Johnson is 16th on the playoff grid, +24 points on the cutline

“It takes a lot of stress off,” says Custer. “It was definitely really stressful. We kind of dug ourselves in a hole a little bit, not from wrecking cars or anything, just from inexperience, not knowing what to expect going into the races, not having a feel for the cars. I think we started to put the whole picture together during the races.

“I think we’ve at least gotten to the point now where we can take advantage of things when we’re at the front. It definitely takes a lot of stress off going into the rest of the year. We can kind of get the monkey off our back, focus on what’s ahead, not second guess ourselves.”

A new winner, a shakeup on the playoff grid, and Kentucky might also have clinched Custer the Rookie of the Year award, because if he is the only rookie to make the postseason, he automatically takes the title. The ROY is the highest finishing driver in the overall standings, and if his competition were to be left out, he’s free and clear.

Just a week ago, this column spoke of the hope that there would be more on-track headlines and action around the playoffs. A great finish doesn’t make a great race, but Custer provided a great story and storyline going into the rest of the season. 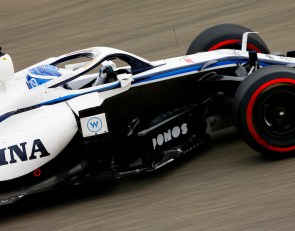 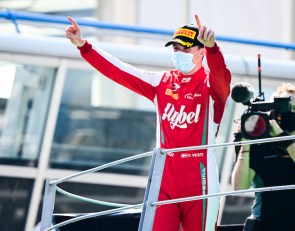