IMSA’s full complement of WeatherTech SportsCar Championship classes will visit Sebring International Raceway this weekend for Round 3 of the series’ abbreviated season. IMSA’s Michelin Pilot Challenge series, and its Prototype Challenge championship will also return to action after opening their calendars in January at Daytona.

With LMP2’s cost-controlled schedule, the Pro-Am prototype class was not part of IMSA’s July 4 WeatherTech 240 race at Daytona. With its inclusion at Sebring, the series welcomes Tower Motorsport by Starworks, Era Motorsport, Performance Tech Motorsports, PR1 Mathiasen Motorsports, and Rolex 24 At Daytona class winners DragonSpeed back to the grid.

The Action Express Racing DPi team has Felipe Nasr listed as co-driver of the No. 31 Cadillac DPi-V.R for Sebring, and after missing the July 4 race due to contracting the coronavirus, it’s believed the Brazilian will need to pass two rounds of COVID-19 testing before IMSA will allow the 2018 Prototype champion to return to the cockpit. Occasional AXR driver Gabby Chaves was deputized in Nasr’s place at Daytona, where he and Pipo Derani had a strong showing and finished fifth.

Although a potential Sebring stand-in for Nasr has not been nominated by the team, Chaves will be in Sebring driving for his full-time entrant, Bryan Herta Autosport, in the No. 88 Hyundai Veloster N TCR in the Michelin Pilot Challenge portion of the event, and would be onsite to assist if called upon by AXR.

The WeatherTech Championship kicks off its Sebring activities on Friday with a one-hour practice session from 6:00-7:00 p.m. ET. The series returns on Saturday for its second practice outing from 10:00-11:15 a.m.; holds qualifying from 1:55-3:00 p.m.; and goes racing at 5:35 p.m. with the Cadillac Grand Prix of Sebring. 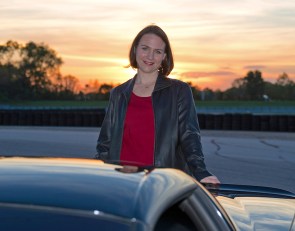 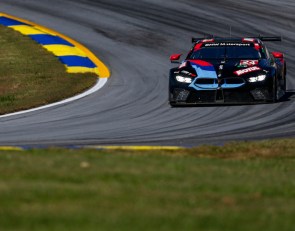 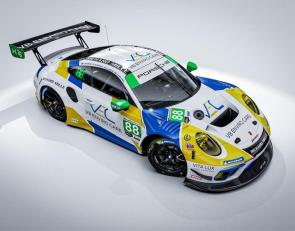