The Week in Sports Cars, June 29, with Pruett and Goodwin

The Week in Sports Cars, June 29, with Pruett and Goodwin

It’s time for The Week In Sports Cars podcast, all driven by listener Q&A, with Marshall Pruett and Graham Goodwin.

INSIGHT: Why Kevin Magnussen was ready to leave F1 for Ganassi 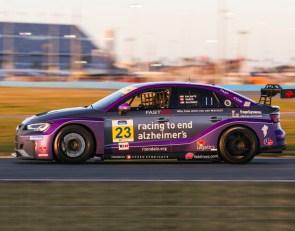 William Byron and Rudy Fugle have fallen back into a familiar pattern. It’s been less than three weeks that Fugle has been on the job at (…)

Russell storms to P1 on Mercedes debut at Sakhir GP

George Russell ended his debut timed session as a Mercedes driver at the top of the charts at the Sakhir Grand Prix. Russell, seconded from (…)