Another edition of IndyCar questions submitted by fans via social media. Q&A begins at the 23m05s mark in the episode.

“Why did Firestone implement a very short tire stint limit before they even turned a wheel in Texas? Why not wait and see if maybe they can make the window bigger after practice.”

“McLaren has been admirable in saying that there would still be a place for Robbie Wickens when he comes back, but is that a realistic prospect when they are running two full-time cars and have a list of part-timers already in mind for next year?”

“Now that the Indy Lights season has been cancelled, could any of those teams use their budgets/sponsorship dollars to run a car at Indy or another IndyCar race? Could one of the bigger teams lease them one of their backup cars for a one off run somewhere?”

“What can you tell us about software in IndyCar? I know it’s a general question, but me personally working in IT and you (I believe) having a CS background, I always wonder what type of off-the-shelf or in-house software they run. Bonus points for using as many technical terms and acronyms as possible.” 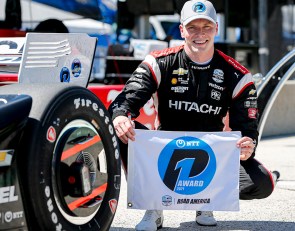