After Round 1 at Barber Motorsports Park, race winner Matt Cresci (No. 59 Slipstream Performance) leads the point standings, followed by Gresham Wagner (No. 5 Spark Performance) and Glen McGee (No. 23 Sick Sideways Racing). Two of those top three — Cresci and McGee — are former Mazda Road to 24 Shootout winners.

Patrick Gallagher (No. 29 McCumbee McAleer Racing) was the polesitter at Barber, but a collision with lapped traffic took him out of podium contention, so look for him to be at the front again.

Similarly, Brian Lockwood (No. 43 Sick Sideways Racing) was the fastest man on track, but a drive-through penalty cost him a potential victory.

The 40-minute race will be streamed live on the Mazda Motorsports Facebook page and the ApexRacingTV YouTube page. Joining the commentary team this evening is regular series announcer Tony LaPorta. 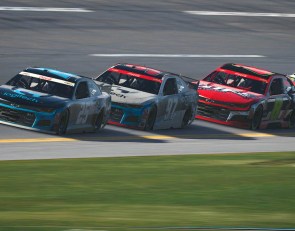