The W Series is launching a women-only Esports championship that will take place on iconic global circuits, featuring the all-female open-wheel series’ 2020 grid of drivers as well as invited entrants.

A number of different series have opted to get involved in sim racing during the COVID-19 pandemic that has forced real world motorsports to stop, and with a restart date in Europe still unclear, W Series has now organized its own virtual series. To be run on the iRacing platform, the W Series Esports League will award points and crown an overall champion, with prize money yet to be decided.

Taking advantage of the virtual world, the championship will not be restricted to the original W Series circuits, instead racing on 10 of the most renowned racing venues across the globe including two in the United States — COTA and Watkins Glen — along with the likes of the Nurburgring Nordschleife, Bathurst and Suzuka.

There will also be rounds at Brands Hatch, Interlagos, Spa-Francorchamps, Monza and Silverstone using a Tatuus Formula Renault 2.0 car that is similar to the F3 Tatuus that is used by W Series (pictured above). All 18 of the drivers qualified for the second season of the championship will take part, including American Sabre Cook. Inaugural W Series champion Jamie Chadwick says the tracks used add a special aspect to the plans.

“Nothing beats the sheer thrill of driving a real race car flat-out on a real racetrack, and I don’t mind admitting I’m missing that enormously,” Chadwick said. “But I’ve been massively impressed by the work that W Series, Logitech, Beyond Entertainment and iRacing have done together over the past few weeks, and the result, the W Series Esports League, is seriously impressive.

“Moreover, when I saw the list of circuits, I literally gasped: it’s a truly mouth-watering schedule. So you can be well sure I’ll be practicing hard from now until the first W Series Esports League race. It won’t be easy to continue my winning form — I respect all the W Series drivers and I know how keen they’ll all be to do well – but I’ll definitely be giving it my best shot. Bring it on!”

Up to three races of varying lengths will be run at each of the 10 circuits — including reverse grid races — and W Series hopes the championship will encourage more females to take up sim racing. Race dates and details on how and where to watch the events will be revealed soon. 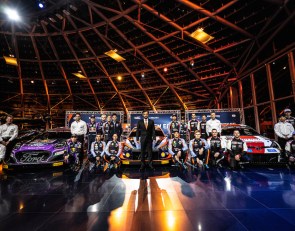