Last week marked the anniversary of the passing of Zora Arkus-Duntov. I had met Zora because of my decade-long involvement with Vette magazine, and we became friends. Not only would I see him at the many Corvette shows and events, but each time I visited the Detroit area I’d make sure to pay a visit to his home where he and his lovely wife Elfi warmly welcomed me.

Since we were both pilots, our interest in flying resulted in some lively discussions about experimental aircraft and even into his 80s, Zora wanted to build one. We once spent a memorable day in Michigan flying to a few remote airports to check out some special homebuilts he’d heard about. Zora never let off the gas.

I’ve saved all of his letters and correspondence, and I was proud to be able to publish his stories in Vette magazine. I think of him often and miss him to this day. –D. Randy Riggs

On April 21, 1996, the automotive performance world lost one of its most legendary figures, Zora Arkus-Duntov. He was born to Russian parents near Brussels, Belgium, on Christmas Day, 1909. A year later, the family returned to Leningrad where Duntov spent his boyhood. He dreamed of becoming a streetcar conductor, while his mechanical interest grew.

Duntov’s parents divorced when he was a teenager, and he took the last names of his father and stepfather, hence Arkus-Duntov. During the Great Depression, the family moved to Berlin, and the young man’s excellent grades enabled him to attend the prestigious Institute of Charlottenburg in Berlin, where he obtained a degree in mechanical engineering. 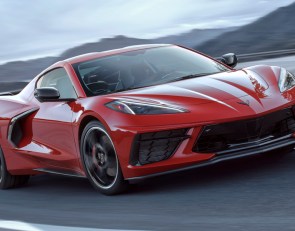