F1 can’t race if any team is denied entry - Brawn

F1 can’t race if any team is denied entry - Brawn

Formula 1’s motorsport managing director Ross Brawn says Formula 1 will not have a world championship race if any team is denied entry to a country due to the ongoing coronavirus outbreak.

A number of travel restrictions have been put in place by both Bahrain and Vietnam — the venues for the second and third rounds of the season — on people who have been in Italy in the past 14 days, in response to the global virus issue. Bahrain’s restrictions also include anyone who has traveled to or transited through a number of key hubs used by F1 including Singapore, Hong Kong and Malaysia in the 14 days prior to arrival, although workarounds are being ironed out.

With Ferrari, AlphaTauri and Pirelli among other suppliers based in Italy, Brawn says if any of these groups are unable to enter a country, then a race will not go ahead.

“If a team is prevented from entering a country, we can’t have a race,” Brawn told Reuters. “Not a Formula 1 World Championship race, anyway, because that would be unfair. Obviously if a team makes its own choice not to go to a race, that’s their decision. But where a team is prevented from going to a race because of a decision of the country, then it’s difficult to have a fair competition.”

Explaining that F1 is working to minimize the number of people traveling to the races — including asking teams to run at their lowest capacity — Brawn says discussions are taking place with Vietnam to understand how its inaugural race might be able to proceed despite the travel restrictions.

“They want the race to happen but also they’ve got to protect their population. So we’re looking at what solutions we can find to make sure everybody is comfortable with the arrangements,” he added. “There’s a lot of things going on at the moment and it changes on a day-by-day basis. It’s difficult to be definitive now but we’re going to find solutions.”

The race organizers in Bahrain have requested travel information as it works with “Bahrain’s Ministry of Interior and Ministry of Health to put in place specific measures for teams, administrators, broadcast and media” attending the race on March 22. 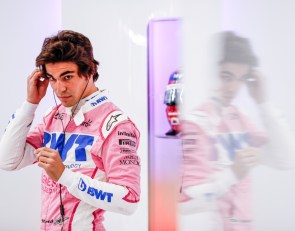 ABOVE: The rescheduled Firestone GP of St. Petersburg settles the NTT IndyCar Series championship battle live on NBC. A variety of (…)

Austin Hill makes a return visit to The Racing Writer’s Podcast to discuss the Truck Series season. For Hill and Hattori Racing, that (…)