The late-2019 announcement of a new GT Celebration Race Series for older FIA GT3 cars launching in 2020 was the culmination of an idea that’s been brewing in Rob Morgan’s brain for a couple of years.

“I had this idea about two years ago when I left World Challenge,” says the former World Challenge GT class manager and longtime racer. “I was speaking with Greg Franz [president of Competent Motorsports, which runs the Porsche Trophy West series with which GT Celebration will share weekends] after I had this idea, to buy some track time. I kind of put it on the back burner. The last few months I thought, ‘Hey, I’m going to get this thing off the ground.”

In addition to his racing career that includes sports cars and stock cars, Morgan also owned TruSpeed Motorsports. During that time, he bought and sold a lot of race cars, including GT3 cars. He saw where they were going, and what people were doing with them. As GT class manager for World Challenge, he also noticed the short cycle for the cars at the professional level, so he saw a lot of good cars that were going out into the secondary market.

“I noticed how many of these FIA GT3 cars are being raced in club-level racing. I’m not saying that’s a bad thing, but I put myself in the shoes of the guys that are racing them, and I thought about whether I would rather be sharing a track with all these different types of cars, or would I rather be racing against cars just like mine, just like when they were new. To me, that seems a little more interesting,” Morgan explains. “They are still some fantastic race cars that don’t have what I consider a proper venue to compete in.”

Morgan notes that there are plenty of other places to race an older GT3 car. SCCA Club Racing has a GTX class that serves as a catch-all for homologated GT cars. The Trans Am Series has XGT for 2016 and earlier GT3 cars. They can race in Historic Sportscar Racing, Sportscar Vintage Racing Association and other historic events, along with marque club races. But Morgan believed that there needed to be a place for them to race as a standalone, all-GT3 contest. He sees it as the next level for people that are racing one-make series, a step between club racing and SRO World Challenge GT. Towards that end, the emphasis is on relaxed and fun.

“Given the structure of GT Celebration, there will be less red tape and the lines of communication between the organizers, teams and drivers will be constantly open. This will allow for decisions to be made in a more timely manner,” he says. “The key is creating a product and event that drivers want to attend and be part of. Then the most important item is to make it a positive experience that keeps them coming back.”

Morgan has already landed a lot of help to run the series, not the least of whom is his father Charles, a successful IMSA racer and former co-owner of then-World Challenge parent company WC Vision. Others include Director of Competition and Operations Todd Snyder and Sporting Director and Driver Advisor Kelly Collins. He has a few teams and cars committed to the series, Pirelli Tires North America on board as a partner, among others, and is joining with Porsche Trophy West USA, a series for older Porsche GT3 Cup cars, for race weekends.

Because Porsche Trophy West is, as the name implies, a West Coast-based series with forays to Road America and Circuit of The Americas, GT Celebration will be as well. While Morgan sees some positives there, with a lot of teams based in California, Utah, British Columbia and Colorado, there are some challenges as well in getting East Coast-based teams to join the series.

“There are a lot of great cars, teams and drivers that have been competing on the East Coast. I have spoken to quite a few, and I want to help find a way to get them out west to enjoy our great tracks,” Morgan says. “It is very expensive to send a truck all the way across the country, but they could put the car and wheels on a shipper to one of the teams that has experience with the car and let them run it. Send the car prepped, ready to go, and you could even bring your crew out to run it for you.” He notes that some of the West Coast teams have expressed a desire to help out anybody that wants to do that.

GT Celebration will include two tiers: Red for cars that are one generation or evolution old, such as the Porsche 991.1 GT3R, replaced in 2019 by the 991.2; and Yellow for older cars, e.g. Porsche 997, first-generation Audi R8 LMS or Lamborghini Gallardo. However, Morgan says the series wouldn’t turn away current GT3 car owners if they wanted to join in. Morgan adds he doesn’t know what to expect as far as turnout for the first race at Thunderhill Raceway in April, but he’s identified around 70 older GT3 cars in the country and hopes for 15 or more at the first race. 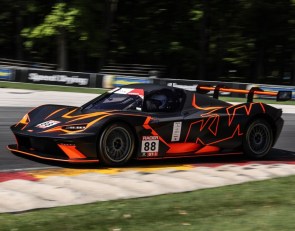 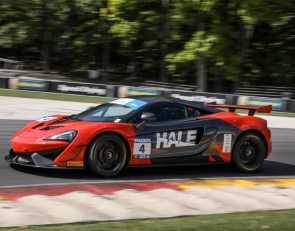 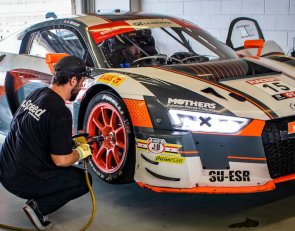