Carlos Sainz reasserted his mastery of the Dakar Rally with a decisive win on Thursday’s fifth stage. The Spanish rally legend became the first repeat stage winner of this year’s event, leading home Nasser Al Attiyah by just under three minutes on the 219-mile special from Al Ulka to Ha’il. Sainz’s X-Raid Mini teammate Stephane Peterhansel was some six minutes behind in third. Overall, Sainz now leads Al Attiyah by 5m59s, and Peterhansel by 17m53s.

“We gained three minutes and pushed really hard at the end. I’m very happy because the car is working well,” said Sainz. “I had a flat tire at the start of the special, but I managed to make up the time. I’m doing the best I can, but tomorrow when we open the route, maybe it will be completely different.”

Got 99 problems but sand, dunes, rocks and shrubs ain't one.@CSainz_oficial simply flies over them ✈️#Dakar2020 pic.twitter.com/4pMqCltmdE

Although he lost ground to Sainz, defending champ Al Attiyah suggested he was measuring his pace to preserve his Toyota for the second part of the rally.

“It was a good stage for us, but the route was better for buggies rather than a 4×4,” said Al Attiyah. “We did what was necessary to avoid any problems. We had a flat tire 5 kilometers before the finish, but we preferred to carry on without changing the wheel. It was more camel grass than real dunes. I think we will see real dunes next week.”

Fernando Alonso had his strongest run to date with his Toyota Hilux, finishing seventh, 12m23s behind Sainz, to climb to 18th overall.

Ricky Brabec kept the leaders in sight to preserve his class lead. Image by DPPI Media

America’s Ricky Brabec extended his overall lead n the motorcycle class, the Monster Energy Honda rider arriving in Ha’il with a nine-minute lead over stage winner Toby Price (KTM), despite finishing fourth on a stage he admitted being out of his comfort zone on.

“I don’t know anything about sand… The stage included a lot of HP and a lot of sand dune-style riding. Not necessarily sand dunes, but sandy,” Brabec noted. “I caught up with the group and we kind of rode together for most of the day — it was really fun.

“Toby had a little off back there, but he’s all right and we’re at the finish. The group was together I’d say for most of the day, after the refueling. The race is really close. Toby made a few minutes on me, I caught Kevin (Benavides, now 11m32s down in third overall) today… I don’t know – tomorrow could be tricky. We’ll have to see what happens.”

Tomorrow’s “tricky” route takes the competitors on a 296-mile timed stage consisting entirely of desert sand from Ha’il to Riyadh. They will then enjoy a rest day before the rally resumes on Sunday. 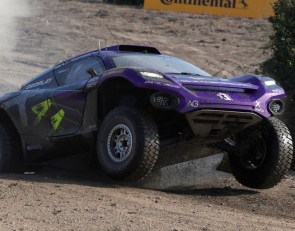 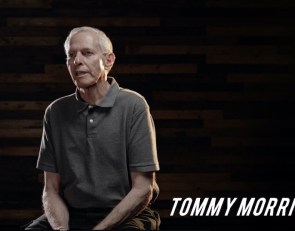