MotoAmerica has announced that it has renewed its agreement with NBC Sports Network (NBCSN) with the network again slated to air the popular one-hour “Inside MotoAmerica” shows for the 2020 MotoAmerica Series.

NBCSN, NBC Sports Group’s dedicated 24/7 linear sports network, will air 11 of the “Inside MotoAmerica” shows with each show being re-aired for a total of 22 hours of coverage in 2020. The shows feature on-track action, interviews and behind-the-scenes features from the previous weekends’ rounds.

“We are thrilled to extend our partnership with MotoAmerica for the 2020 season,” said Jeff Macaluso, Senior Director, Program Acquisitions. “It’s a great complement to our “Home of Motorsports” portfolio.”

The complete “Inside MotoAmerica” schedule will be released at a later date. 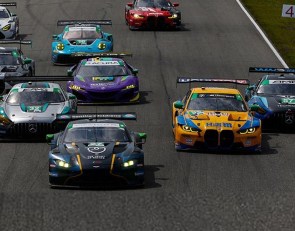