PRUETT: Why hybrids are the right move for IndyCar

PRUETT: Why hybrids are the right move for IndyCar

I loathe all-electric racing. The whining gearboxes and awkward chirps from screeching tires as drivers whistle by in muted anonymity. Sure, there are some amazing technological advancements at play, but I need sound to go with my fury.

There’s been plenty of misunderstanding on what the combination of IndyCar and the Big E would look like if the series went hybrid. The straight answer: IndyCar isn’t turning into American Formula E.

The greatest changes coming in 2022 involve opportunity and relevance. Why is IndyCar going hybrid? Business. It’s all about business.

On the home front, there’s a reason IMSA boasts an unfathomable number of auto manufacturers within its various series. Although hybridization is a few years away in the WeatherTech SportsCar Championship, its brands are offered a relatively friendly platform to showcase their preferred technologies to today’s buyers. And with its 2022 DPis set to go hybrid, eight to nine manufacturers have been turning up to participate in rulemaking committees. Simply put, once IMSA declared its intent for hybrid prototypes, the room filled with major auto brands.

And internationally, Formula E, despite all it might lack for overwhelming the senses, has become the first choice for manufacturers to position themselves as promoting current and future technology in a sporting environment. Combined, the feeling of being at or near the cutting edge — even if it’s an illusion — is a powerful draw for manufacturers.

Whether traditional fans are ready to buy into Formula E or not, auto manufacturers clearly are. Image by Joe Portlock/LAT.

Outside of IndyCar’s long-term partners in Chevy and Honda, plenty of car companies stopped by to meet with IndyCar and take a look at the former hybrid-free engine formula. In most instances, they loved the raw power it would make and left to report back to those who control their brand’s marketing and R&D budgets.

Whatever enthusiasm they had was quickly extinguished when a fairly consistent message throughout the industry was delivered: If you want us to fund a sizable new racing program, it needs to include some form of hybrid powertrain. No hybrid, no money.

And that, in the most basic sense, is why electrification is coming to IndyCar.

With the hybridization on the menu from 2022-27, Frye has finally removed the one glaring omission from IndyCar’s offerings. How will the series land a third manufacturer, and possibly more? By giving those marketing and R&D departments a reason to view the series as a viable place to promote their tech-driven ideologies.

Once on diverging paths, the fact that IndyCar and IMSA are now set to arrive at nearly identical hybrid powertrain conclusions, in the same year, could lead to some interesting outcomes.

Well before IndyCar made the call to explore KERS, IMSA was at an advanced stage in defining a spec, cost-controlled system to package for its next-generation DPis. Like IndyCar, something in the 40-50hp range has been the target, and while the final output level could change, the overriding goal has been to give manufacturers a hybrid box they can tick. In light of LMP1-Hybrid’s collapse due to untenable costs, opening Pandora’s Electric Box has never been considered.

In its truest form, what’s coming to IndyCar and IMSA with a low-power single-source KERS unit is a token. It’s giving both series the ability to say that they are hybrid-friendly and forward-looking, all without the freedom for teams and manufacturers to spend themselves silly while exploring new electric frontiers.

On the surface, that could be viewed as a negative — something that might drive auto companies away from the table. But if we consider the big manufacturer response IMSA’s received while formulating its spec KERS plans, another truth is revealed: Most brands don’t care.

Tick the hybrid box, keep the costs down with a modest system, and the phone will ring. That’s what IMSA has found, and what IndyCar is obviously hoping to create for itself.

And with IndyCar committing to the same hybrid concept at IMSA, there’s a real chance some of the manufacturers thinking DPi 2022 might consider IndyCar 2022 as a new alternative. With two series to choose from, television ratings, event attendance, and every form of marketing impact between IndyCar and IMSA will be weighed and measured.

Some IndyCar fans will rail against its upcoming hybrid powertrains, and that’s to be expected. Among the many positives found within the series, growth within the auto industry isn’t one of them, and while sticking with internal combustion engines alone might appease certain demographics, it leaves the series prone to irrelevance. Chevy and Honda have been staunch supporters of IndyCar, but how long would that remain the case if the series refused to modernize its rules?

Even NASCAR, the gold standard for ancient technology, is discussing the need to go hybrid in order to keep its manufacturers under contract.

If IndyCar is going to emerge from the shadows and achieve meaningful growth, it will come from reconnecting with the auto industry and respecting its needs. It’s time. It’s been time for many years. 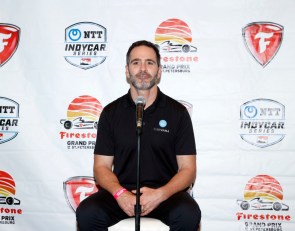 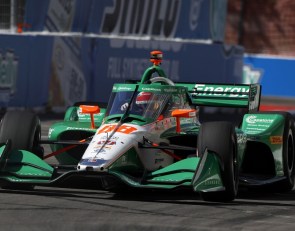 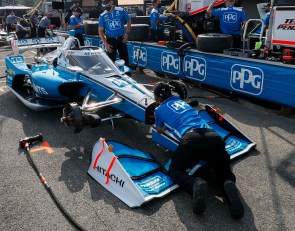