Ferrari team principal Mattia Binotto is using the performance of Red Bull as a motivating factor for his own team as both look to close the gap to Mercedes.

Max Verstappen climbed through the field to win the Austrian Grand Prix and then looked to have a pace advantage over the Ferraris at Silverstone before being hit by Sebastian Vettel. That opened the door for Charles Leclerc to take the final spot on the podium behind the Mercedes pair of Lewis Hamilton and Valtteri Bottas, and Binotto says the recent performances of Red Bull are pushing Ferrari to improve quickly.

“Are they the second, are we the second? I think we are pretty close — I think it’s giving us even more boost as we need to further improve, we need to be capable of fighting for the first position at every single race whatever the circuit. It has not been the case (in the British Grand Prix) and no doubt in that respect it’s disappointing.

“After qualifying I would say we were expecting a better result but the pace was not good enough and I think there is a lot to improve.”

Similarly, Red Bull team principal Christian Horner says the way his car showed up against the Ferrari in high-speed sections at Silverstone bodes well for the rest of the season.

“It’s really encouraging to be so close to Mercedes around this type of track, which we know is power-sensitive,” Horner said. “And to be able to follow the Ferraris as closely as we were able to through Maggots, Becketts and Copse, Max was able to take some serious momentum behind the Ferraris there and that’s usually the sign of a pretty decent car.

“I think the last few races we’ve been able to get some performance on the car and it’s been working well.” 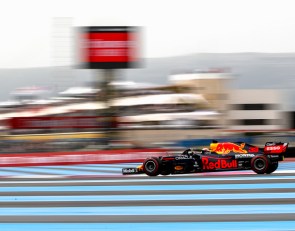