Ferrari ‘disappointed for our fans and for our sport’

Ferrari ‘disappointed for our fans and for our sport’

Ferrari expressed its disappointment for Formula 1 and the team’s fans following the decision not to review the penalty handed out to Sebastian Vettel in the Canadian Grand Prix.

Vettel’s five-second time penalty for the way he rejoined the track ahead of Lewis Hamilton cost him victory in Montreal, and Ferrari exercised its right to review to try and convince the stewards that new evidence existed that would require another look at the incident. However, following a preliminary hearing on Friday at the French Grand Prix, the stewards dismissed that request, stating the only two new elements provided by Ferrari — television analysis by Karun Chandhok and an in-car camera facing Vettel — were not significant or relevant.

“Without commenting much on the decision, I think that no doubt that as Ferrari we are all very unhappy and disappointed,” team principal Mattia Binotto said. “We are disappointed certainly for Ferrari, but we are also disappointed for our fans and for our sport. We do not intend to comment any further.”

The only other point that Binotto would make was to confirm that the matter is now closed following the failure to get the stewards to review the incident.

Vettel himself says he wants F1 to reduce the number of regulations governing driving and allow the drivers more freedom to race.

“Everybody is to blame,” Vettel said. “The problem is we are hurt with these things. I think they started a long time ago — did he cross the white line, or use too much curb? Let us do what we want.

“If you are unhappy with how we race and how we drive then build different tracks — it’s as easy as that. We have car parks with lines and curbs on it. Anyways, it is what it is and as I said there are too many paragraphs but what do you change? I hope they just burn the papers.” 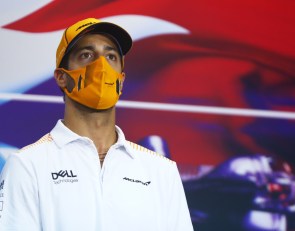 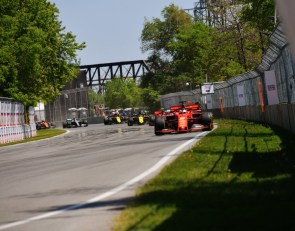