The 2019 Battery Tender Global Mazda MX-5 Cup presented by BFGoodrich field continues to grow as the hugely competitive championship enters its mid-point. The largest entry of the year is expected this weekend at Road America supporting the NTT IndyCar Series event on one of America’s most iconic track.

In honor of Alana Long, a cherished member of the Mazda Motorsports family who succumbed to cancer in April, the double-header race weekend will feature two 45-minute-long Alana Long 100 races, with 33 Global MX-5 Cup machines set to compete.

Both races will be streamed live on MazdaMotorsports.com.

The legendary 4.0-mile natural-terrain circuit set in rural Wisconsin, has produced some incredible Global Mazda MX-5 Cup races through the years. Last season, more than 300 passes were made in the final race alone. John Dean II swept the weekend to take two wins with just six tenths of a second advantage total for both races. Dean, who currently leads the ND-1 points championship, looks to defend his 2019 four-race winning streak and his Road America title.

“Personally I would like to win both races again this year,” said Dean. “Both (Hernan) Palermo, and (Nathanial) Sparky have been fast all year, though, so I just have to stick to my game plan. Last season the car was great at Road America. It was fast, handled perfectly, and seemed to be good to the tires over a long run. Sweeping a weekend is very difficult in our series due to the level of talent of all the other drivers, so coming out of Road America with two wins was a great feeling of accomplishment.

“This year I have a large team full of fantastic drivers all of whom can win races,” Dean II continued “It is important for our team to work together to come out on top. Road America is a long track and drafting is important. I would love to see my team sweep a podium this year. I know it’s possible!”

Dean leads an eight-car lineup for Sick Sideways Racing. His teammate Selin Rollan won races at the Circuit of the Americas and Barber Motorsports Park earlier this season in the ND-2 class.

Debuting this season with a larger, faster Mazda engine, the ND-2 cars are anticipated to once again set new track records on the historic 14-turn circuit.

As the current Global Mazda MX-5 Cup points leaders, Copeland Motorsports’ four-car effort is expanding to five beginning at Road America. Welcoming local Wisconsin-native Eric Palmer to the squad, a quintet of Copeland Motorsports drivers will travel to the Dairy State for rounds five and six of the 12-race series.

“I am joining a winning program and I want to win myself,” explained Palmer, who just started racing professionally this season. “Copeland Motorsports is leading the championship and has four drivers in the top 10 in points. They have a shot at race wins and podiums at each and every race, and I am hoping to help increase those chances. Unlike many drivers in the series, I am relatively new to racing and have no karting experience; but I think that can have both advantages and disadvantages as I look to make the climb up the motorsports ladder.”

After the race weekend at Road America, Lemons of Love, a non-profit that provides support and community to those affected by cancer through comforting care packages and cancer resource center programs, will be delivering chemo care packages to the Vince Lombardi Cancer Clinic in Sheboygan, Wisconsin, in Alana Long’s memory.

Lemons of Love is challenging drivers, teams and supporters to make donations at the link here to help it reach its goal of $10,000. Several prizes are up for grabs for the top-overall fundraisers.

Lemons of Love will also host a Long Road family lunch on Saturday, June 22, at the Mazda paddock at Road America. Supporters are invited to celebrate Alana’s life and love of motorsport from 11:30-12:45 p.m.

Following the luncheon on Saturday, the large group of Global Mazda MX-5 drivers will be available from 1:00-1:30 p.m. CT for autographs in the series hospitality area located in the Battery Tender Global Mazda MX-5 Cup presented by BFGoodrich paddock.

The first round of racing will begin at 4:25 p.m. CT on Friday, June 21, with the second race starting at 4:30 p.m. CT on Saturday, June 23. Both Road America races will be streamed LIVE on MazdaMotorsports.com, with live timing and scoring for each session including Thursday’s practices and Friday’s 20-minute qualifying session starting at 9:30 a.m. CT. 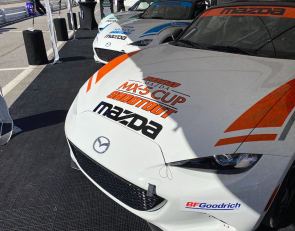 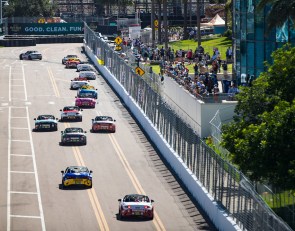