The next weekend of Battery Tender  Global Mazda MX-5 Cup presented by BFGoodrich  Tires competition will not only be a celebration of speed and competition, but it will also honor the life of a cherished member of the Mazda Motorsports family.

The twin races at Road America (June 21-22) will be titled the Alana Long 100 in memory of Alana Long. Alana, who lost her battle with cancer in April, was the matriarch of the Long family and is survived by her husband Glenn and sons Tom and Chris.

Operated by Glenn Long, Long Road Racing has a deep and extensive history with Mazda Motorsports and serves as the constructor of the Global Mazda MX-5 Cup car.

“The connection between Mazda and Long Road Racing is a perfect example of Mazda’s grassroots family atmosphere coming to fruition in a professional setting,” said John Doonan, Director of Mazda Motorsports. “The Long family came on to the Mazda Motorsports scene when Tom was competing in the 2005 MAZDASPEED Miata Cup — the professional Spec Miata championship which was the predecessor to the Global Mazda MX-5 Cup. Tom earned the championship in 2005, and the Long family positioned themselves as a professional team with a very big family atmosphere. Alana was always a part of that atmosphere.”

Long Road Racing (LRR) developed into a professional team through what is now the IMSA Michelin Pilot Challenge Championship with MX-5s in the ST category. LRR’s multiple podiums and race wins over the years, as well as leading the charge to the Grand-Am Manufacturers championship for Mazda showed their abilities to develop, engineer, and win with Mazda.

“When it came time to develop and build the ND Mazda Miata MX-5 into a race car and launch the Global Mazda MX-5 Cup, it was an easy choice to use the talents and culture that Long Road Racing showcased,” said Doonan. “Throughout this entire process and Mazda relationship, Alana was the ‘mom’ of the family…not only with her boys Glenn, Tom, and Chris, but with all the team members, customers, and the entire paddock.  She was always the cheerleader on the way to victories, and the one who always had an encouraging word when results did not come. 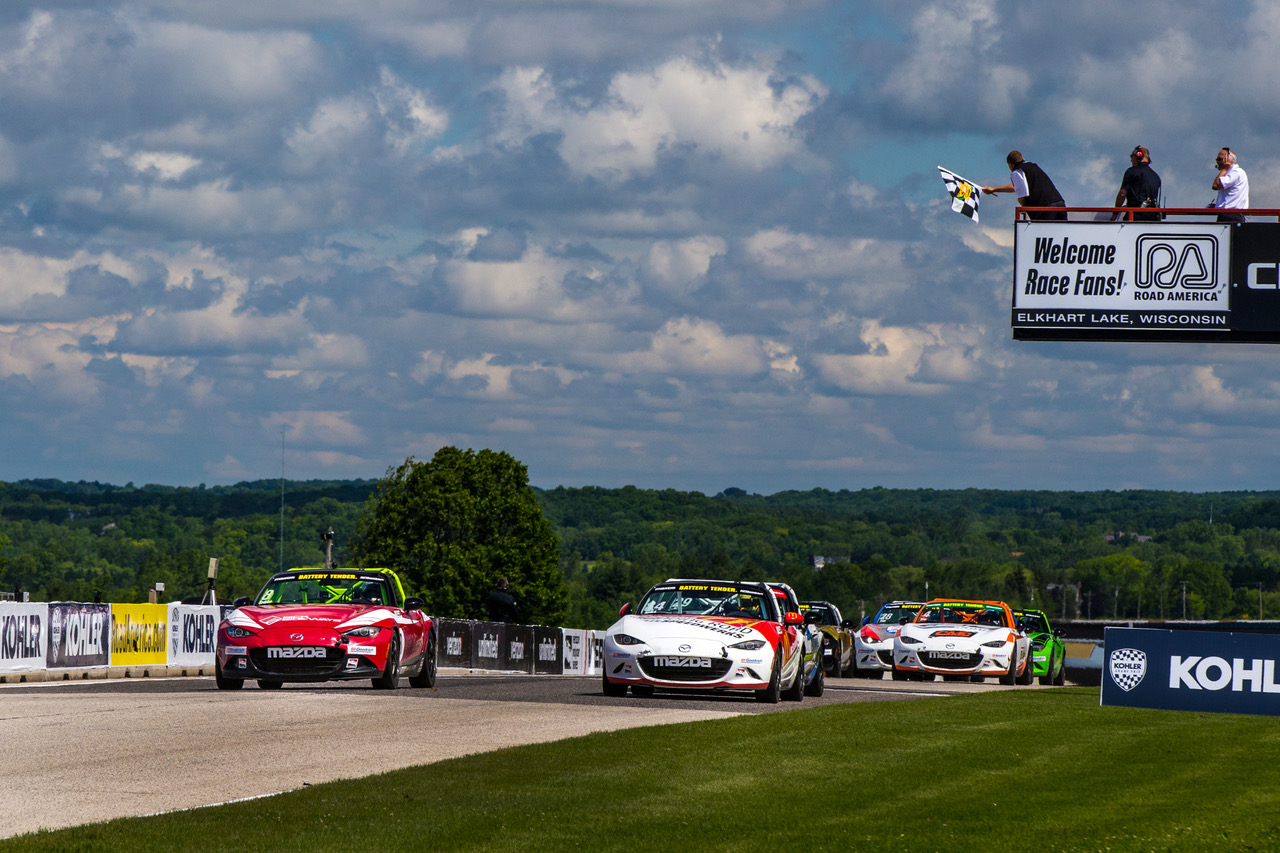 “That same attitude is key to everything that Long Road Racing does and to helping to build the success of the Global Mazda MX-5 Cup program. It is only fitting that we honor her with the naming of this race and, most importantly, celebrate the attitude she carried that exemplifies the Spirit of Mazda through and through.”

The Alana Long 100 will take place at Road America as part of the NTT IndyCar event weekend on June 20-22.  The weekend will also feature several activations by Alana Long’s favorite charity, Lemons of Love (http://lemonsoflove.org).

The No. 48 Chevrolet of Jimmie Johnson failed post-race inspection and was disqualified from the Coca-Cola 600. Johnson had finished second (…)

Chase Elliott was dealt another harsh hand late in the going of a NASCAR Cup Series race, this time in the Coca-Cola 600 at Charlotte (…)

Brad Keselowski and Team Penske snatched a win in the Coca-Cola 600 by making the right call going into overtime early Monday morning.  (…)

George Russell made it back-to-back wins with a dominant victory in a virtual Monaco Grand Prix that was full of collisions and penalties. (…)

A scaled-down Coca-Cola 600 at Charlotte Motor Speedway will be the center of attention on one of motor racing’s biggest days. NASCAR (…)

The Wednesday night race at Darlington Raceway may have been this season’s best showing for the Toyota camp, led by a Denny Hamlin (…)

Sunday is going to be strange. Uncomfortably strange. For many of us, Memorial Day weekend in motor racing equates to one thing, the (…)

A year ago today, some of the NTT IndyCar Series’ biggest stars took a moment to recognize RACER’s Robin Miller, who was reporting on his (…)

Racers not among pro athletes granted US entry restriction exceptions