The Trans Am Series presented by Pirelli will race from one big event to the next with a quick turn-around as the TA2 powered by AEM drivers go wheels up from Lime Rock Park to Detroit for the Chevrolet Detroit Grand Prix presented by Lear this weekend (May 29-June 2).

The weekend is the 21st appearance for Trans Am at the Detroit Grand Prix event, more than any other single championship that has been a part of the now 30-year history of the event.

A hungry field of 20 TA2 powered by AEM class racers will be eager to add their own names to the incredible roster of previous Detroit Trans Am winners that includes Scott Pruett, Tommy Kendall, Hurley Haywood, Scott Sharp, Dorsey Schroeder and Ron Fellows.

Staged as part of the blockbuster NTT IndyCar Series and IMSA WeatherTech SportsCar Championship event, the TA2 pilots will have two chances of Detroit victory with races on Saturday and Sunday on the 13-corner, 2.34-mile Belle Isle street course.

The double points event is only the second standalone weekend in TA2 class history. Last year marked the inaugural year for the growing TA2 class to race in Detroit, as the popular and tightly contested championship features Chevrolet Camaros, Dodge Challengers and Ford Mustangs competing in their spiritual home in Detroit. 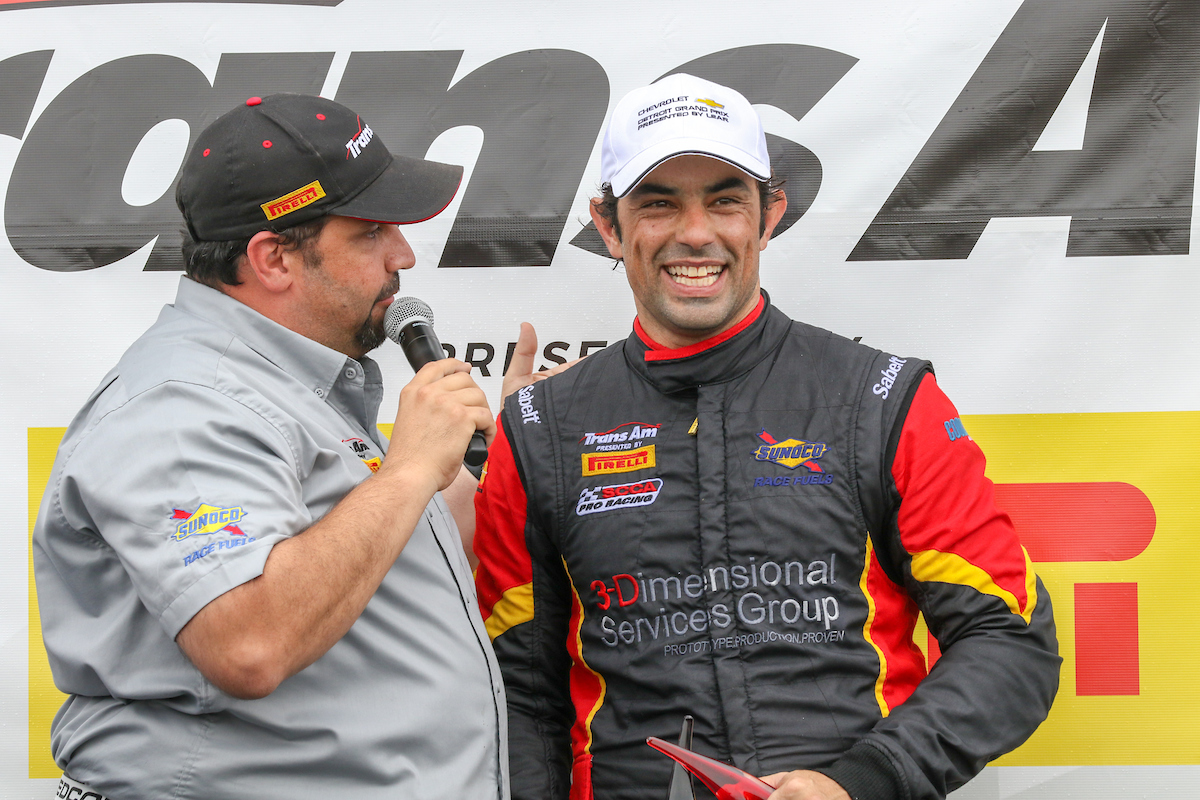 Last season, reigning champion Rafa Matos as well as Tony Buffomante added their names to that list of Detroit winners, and both are looking to do the same again this weekend.

“This is my third year racing in Detroit in TA2,” said Matos, who will drive the No. 88 Lear Chevrolet Camaro. “We were
on the podium both years and it’s important now that we carry on our momentum to defend our win. We have everything in place to have a good race, and with my IndyCar experience running gnarly street tracks like Detroit, I feel at home.”

Entering the weekend, Matos is second in the championship standings to Holland, Michigan native Marc Miller. Miller (No. 40 Prefix / Stevens-Miller Racing Dodge Challenger) will lead a five-car Stevens-Miller Racing effort. Miller made his TA2 debut in Trans Am’s return to the Detroit Grand Prix in 2016, finishing second in the exhibition race. Last season, he experienced complications in qualifying that kept him from starting the rounds.

“When it comes to a hometown type of venue, you want to do your best,” said Miller.” Of course I want to win every race, but it doesn’t always fall that way. But for the Detroit Grand Prix I think there is even more reason to try a bit harder for me to come in first.”

The 2016 TA2 champion Buffomante also returns to the TA2 roster in the No. 34 Mike Cope Racing Ford Mustang. Buffomante was a constant challenge for Matos last season, edging out Matos for the opening race win in Detroit in 2018.

“I am glad to see Tony back on the roster,” Matos continued. “He gave a really strong challenge last year in Detroit, but this season I am on the hunt for Marc Miller. We need more good guys to finish in front of Marc, so it improves my chances to win races and get back to the top of the standings.” 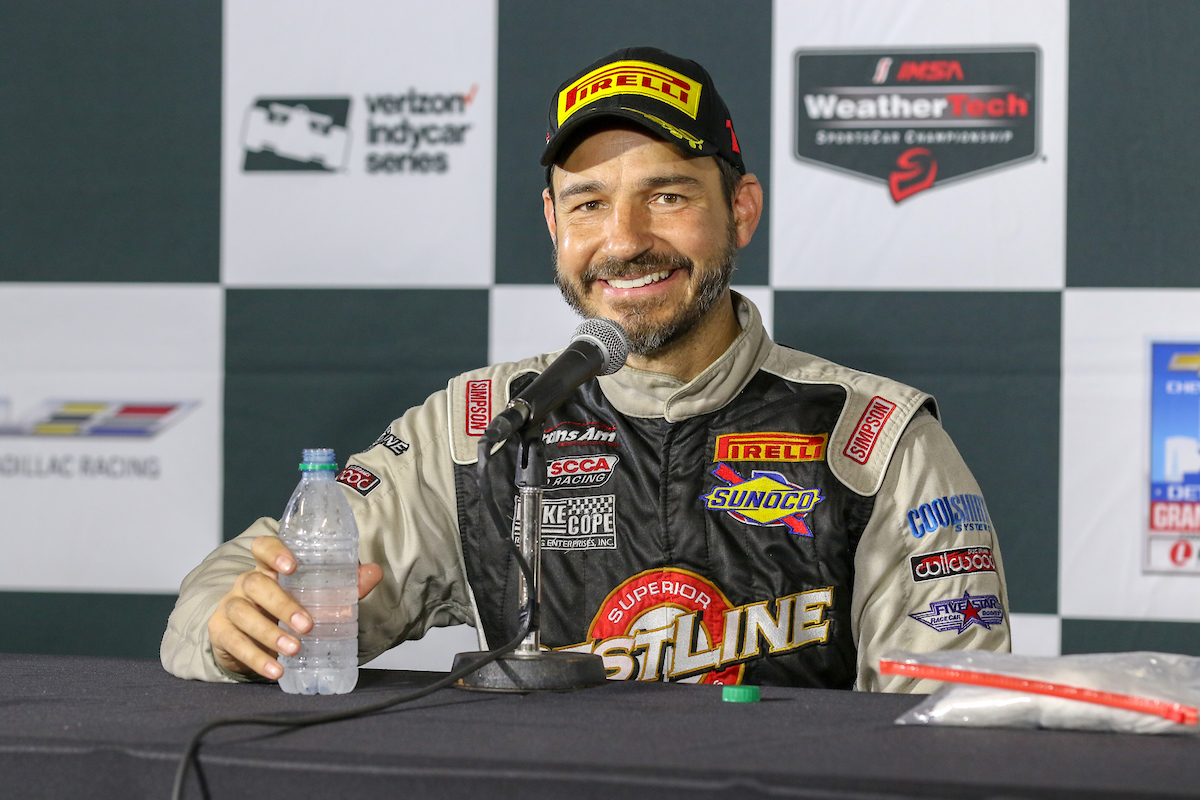 Not only will the double header feature established names, but there is a strong field of first-timers looking to make their own bit of history this weekend. Leading the TA2 Rookie of the Year championship is Lawless Alan in the No. 52 AutoParkIT Ford Mustang as he readies for his first street course competition. Scott Lagasse Jr. has signed on in the No. 4 EngineeredCompntsCo/AnchorBolt Dodge Challenger.

Saturday’s Muscle Car Challenge will be 84.6-mile or 60 minute (whichever comes first) with Friday’s qualifying session setting the running order for Saturday’s race. Adding yet more motivation for the Saturday race will be the fact that the starting grid for Sunday’s Motor City Dash 75-minute event will be determined by fast lap from Muscle Car Challenge results.

Fans can keep up with Trans Am Series presented by Pirelli action throughout the event at www.gotransam.com, on Facebook at www.facebook.com/gotransam and on Twitter at @gotransam.

Likewise, updates from the entirety of the Chevrolet Detroit Grand Prix presented by Lear can be found at http://detroitgp.com, on Facebook at www.facebook.com/detroitgp and on Twitter at @DetroitGP.