Catching up with Helio Castroneves

Catching up with Helio Castroneves

Three-time Indy 500 winner Helio Castroneves visits the Marshall Pruett Podcast for a quick Catching Up With episode to discuss his dual efforts in IMSA and at the Indy 500 for Team Penske, and how he’s adjusting to pursuing the 4-Time Winner’s Club as an Indy-only participant. 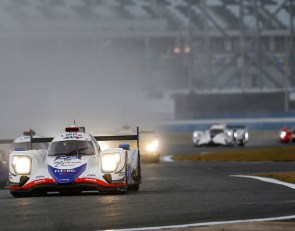