Fifteen of the 33 drivers in the starting lineup for this year’s 103rd Indianapolis 500 have something in common: They are Skip Barber Racing School alumni.

Included in that number are four past winners who all honed their skills in a variety of red, black and white-liveried Skip Barber Racing machines: Alexander Rossi (photo above), the winner in 2016; Ryan Hunter-Reay, 2014; Tony Kanaan, 2013; and Helio Castroneves, with three Indy 500 victories — in 2001, 2002 and 2009.

Castroneves’ fence-climbing exhibitions made him a crowd favorite, but it was his incredible driving skills that made him a standout during his time at SBRS.

The list of alumni in this year’s starting field includes two of the three drivers on the front row — Ed Carpenter and Spencer Pigot both share alumni status as does second-row starter Colton Herta (whose father Bryan, overseeing Marco Andretti’s team, is also an alumnus).

Anyone interested in Indy/SBRS trivia should ask Sage Karam about his Indianapolis Motor Speedway tattoo. It may not be as glorious as the one Tony Kanaan had done when he took the 2013 crown, but there was quite a moment (captured on video) when he came home and showed his father…

The Lime Rock circuit, home to SBRS, will follow the full weekend program with a fresh round of Skip Barber Racing School classes — an excellent time for you to join the ranks of the Indy, NASCAR, Formula 1, IMSA and Trans Am elite by enrolling in a 1- or 3-Day, or a 2-Day-Advanced racing school. For more information, log onto www.skipbarber.com. 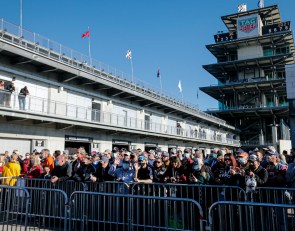 Nova Southeastern University in Fort Lauderdale, Florida, is the recipient of a new charitable project created by Ryan and Beccy (…)