A rapid pit stop from the K-PAX Racing crew sent Baptista in the No. 3 Bentley Continental GT3 out into the race lead after Soulet ran solidly in the top five during the opening stint.

Baptista proceeded to draw ahead of his rivals, taking the checkered flag 10 seconds ahead of Patrick Long in the No. 58 Wright Motorsports Porsche 911 GT3 R.

“It’s really good. This is for the team,” said Baptista. “They did a great job yesterday after the crash. I thank them for the pit stop and I just brought the car home.”

Sunday’s 90-minute, two-driver contest ran green throughout, with the scores of fans at VIR being treated to plenty of edge-of-the-seat battles in a multi-manufacturer GT3 blockbuster.

Scott Hargrove took an early lead in the No. 58 Wright Porsche with a gutsy move on polesitter Andy Soucek in the race 1-winning No. 9 K-PAX Racing Bentley Continental GT3 heading into the first turn.

Hargrove controlled the field in the opening stanza but Soucek kept himself right on the Canadian’s tail in a bid to get past. Unfortunately for Soucek, a left-rear puncture sent the Bentley spinning off at the final corner with the Spaniard expertly keeping it out of the barriers before making an emergency stop for a new tire.

Hargrove pitted shortly after that as soon as the official window opened, handing over to Long who emerged behind Baptista and Miguel Molina (No. 61 R. Ferri Motorsport Ferrari 488 GT3) in the lead queue. This set up a thrilling chase to the finish with Baptista trying to scamper away as Long and Molina duked hard for second place.

Molina was then forced to make an unscheduled stop of his own when the red R. Ferri Ferrari experienced a left-rear puncture in a near-repeat of what happened to Soucek’s Bentley.

The Ferrari factory driver recovered in the final half-hour and worked his way back into the top five before latching onto the tail of Daniel Morad in the No. 22 Alegra Motorsports Porsche started by Michael de Quesada.

As the pair worked their way past Bret Curtis, this duel became the fight for the final podium spot. After repeated attempts, Molina eventually found a gap and completed a crucial pass on Morad on the final lap to cap off the R. Ferri recovery with a top-three result as Baptista and Long finished further up the road.

Curtis, who shared the No. 43 RealTime Racing Acura NSX GT3 with Dane Cameron, kept calm with the Pro class runners bearing down on him to finish first in the hotly contested Pro-Am category and sixth outright.

Cameron took the class lead with a thrilling dive underneath Ryan Dalziel (No. 63 DXDT Racing Mercedes-AMG GT3) into the ‘Rollercoaster’ section on lap one before handing over to Curtis, who came out of the pits in the thick of the overall podium scrap.

“Dane is such a good driver, he gave us such a good lead. I was trying to let the Pro cars through easily because there was no point in battling with those guys,” explained Curtis. “I did it in places where it wouldn’t slow me down as much, trying to time it a little bit. It was much more important to try to keep the gap and not get tied up. I’m really happy. The car was great. Dane did a great job and the team did a great job.”

DXDT Racing’s sister Mercedes driven by Colin Braun and George Kurtz finished second after the order shuffled around in the pit cycle. The Pro-Am podium was completed by Anthony Imperato and Matt Campbell in the No. 91 Wright Motorsports Porsche.

Am honors went to Caeser Bacarella and Martin Fuentes who edged a step closer to the $250,000 end-of-season Kavana Cup prize pot with a weekend victory sweep.

The pair, driving the No. 7 Squadra Corsa Garage Italia Ferrari 488 GT3, even traded positions with the Pro-Am runners in another five-star performance as Brian Kaminskey and Chris Cagnazzi (No. 19 One11 Competition Ferrari) joined them on the podium.

After two captivating events at Circuit of The Americas and Virginia International Raceway, next up for Blancpain GT World Challenge America is a trip out west to Sonoma Raceway in California on June 7-9.

All results are provisional until posted Final; this report may precede post-race sporting and technical decisions. 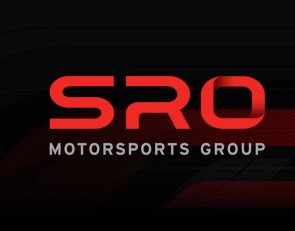