Romain Grosjean is confident Haas has made big progress with the quality of its parts despite another front wing failure during practice for the Chinese Grand Prix.

During FP2, Grosjean was pictured with the right side of his front wing hanging down and touching the track, although the driver was oblivious to it at the time. Haas has had a number of issues with parts parts failing without contact, but Grosjean says he has no concerns regarding the latest incident as the team has made significant strides.

“We try things and try to make the car as light as you can and sometimes you overdo it,” Grosjean said. “Maybe that’s not even the case, I don’t know. I’m not a designer so I won’t go into it. I’m more concentrated on getting the performance out of the car rather than focusing on why my front wing went. I’m not worried about it — the guys will solve the issue and the build of the car is really impressive, so I think it’s going to be good.”

Explaining the failure, Grosjean says it occurred at the start of the lap but he was unaware of it until heavily braking for the hairpin in the final sector.

“The engineers saw it on the data going at Turn 1 and then I saw the replay. But at Turn 1 you are always touching the ground and creating sparks. It was just after turn in that it went. I went into Turn 14 and had a massive lock-up and didn’t know why, and then they told me I had a front wing issue.”

The two Haas drivers were 16th and 17th in FP2, but Grosjean insists the one-lap pace is not something that is a major problem for the team at the Shanghai International Circuit.

“I think it’s difficult to take anything out of FP2 because we had the front wing issue, which cost us from Turn 1 so the lap was ruined by that. The long runs felt a bit better in the afternoon but I don’t think we are exactly where we want to be at the minute.

“There’s some work to be done in the car. I think we have ideas of what we want to do, so we will work on that tonight. Qualifying is one thing but it’s really about the race and making the car right, using the straight-line speed for overtaking, that’s going to be OK. So you want to have the race pace.” 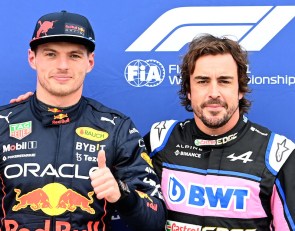