Binotto says Schumacher approach to F1 similar to his father

Binotto says Schumacher approach to F1 similar to his father

Mick Schumacher’s approach to his first Formula 1 test and working with Ferrari is similar to that of his father Michael, according to team principal Mattia Binotto.

19-year-old Schumacher joined the Ferrari Driver Academy over the winter and got his first test in a modern F1 car in Bahrain, where he drove for Ferrari on the opening day before swapping to Alfa Romeo. Binotto worked with seven-time world champion Michael throughout his time at Ferrari, and says Mick shows similarities in the way he goes about his business.

“The very first time I saw him was after many years in Maranello, when he came back,” Binotto said. “If you looked at him, I don’t think he’s looking very similar to Michael but the way he’s behaving is very similar — as is the way he approaches the exercise and the way he’s interested in the car, discussing it with the technicians.

“Even in Maranello he’s always in the workshop looking at the car, speaking with the mechanics, and I think that’s very similar to his father.”

Schumacher Jr. is competing in the Formula 2 championship this season, and Binotto was positive about the young German’s use of his first F1 test in a 2019 car because he used the time to build up his experience.

“To assess the performance, I think it is very difficult because first, the weather conditions were very bad on that day and because at the end I think that the objective was not really to assess the performance. It was his first day in an F1 car; more important for him still is the learning phase, day-by-day. (He) is facing a completely new challenge in his F2 season.

“I think what was certainly positive was the way he approached the exercise — the approach to the day of testing, never pushing to the limit, trying to improve run by run, learning the car, learning the team, and I think in that respect he did a very good job: very well focused, concentrated and tried to do the proper job and learn. I think that’s the most you may expect on such a day.” 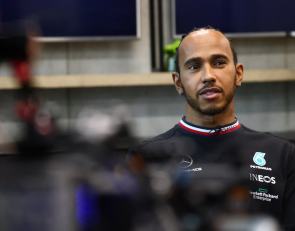