The Week in IndyCar, March 20, with Colton Herta, Felipe Nasr and Oliver Askew

The Week in IndyCar, March 20, with Colton Herta, Felipe Nasr and Oliver Askew

It’s a packed episode of The Week in IndyCar starting with teenage sensation Colton Herta from Harding Steinbrenner Racing, followed by ex-Formula 1 driver and reigning IMSA Prototype champion Felipe Nasr, who wants to find a future home in IndyCar, and we close our guest list with Andretti Autosport Indy Lights driver Oliver Askew on our listener-driven Q&A show.

We wrap with the long list of questions sent in for host and IndyCar reporter Marshall Pruett with everything from the “McCarlin” relationship at the Indy 500 to which teams are likely to pursue Alexander Rossi when he becomes a free agent. 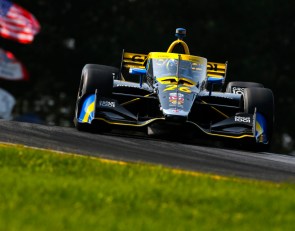 ABOVE: IndyCar returns to Indy for another road course doubleheader, with the first race airing on USA network. A (…)