Lewis Hamilton set the pace in the opening practice session of the 2019 Formula 1 season, where three teams were covered by less than 0.2s at the Australian Grand Prix.

In a session interrupted by a red flag after a crash for Alexander Albon, defending champion Hamilton was quickest overall with a 1m23.599s. Despite new aerodynamic regulations, that was nearly half a second faster than the best time of FP1 a year ago, but Hamilton’s advantage was much smaller than the half second he enjoyed on that occasion.

This time there was just 0.074s between the top three drivers, with Sebastian Vettel running him closest at 1m23.637. Last year Ferrari traditionally started slowly compared to Mercedes, but in FP1 both cars were in the top three, with Charles Leclerc just 0.036s adrift of his new teammate.

Max Verstappen ensured Red Bull started the weekend right in the mix as well, with a 1m23.792 leaving him within 0.2s of Hamilton’s time.

Valtteri Bottas was a little over a quarter of a second off the pace, but had an off later in the session. Bottas touched the grass under braking for the penultimate corner and did well to stop the car from spinning, but had to take to the escape road. In wanting to rejoin quickly, the Finn rapidly spun the car round and very nearly hit the wall with the rear wing in the process.

That was less dramatic than Albon’s incident, however, that led to the session being interrupted for four minutes. Albon lost the rear at Turn 2 and spun into the outside wall, with the right rear corner standing up well to the initial impact. The car swapped ends after the initial impact and the front wing was wiped off against the wall as well, prompting a stoppage as the car sat in the middle of the track. Albon was able to keep the engine running and return to the garage, so very little time was lost.

STR rookie Alexander Albon prompted the first red flag of the new season with an off at Turn 2. Image by Dunbar/LAT

It wasn’t all bad news for Toro Rosso though, as Daniil Kvyat finished the session in seventh place, and was the highest runner to set their best time on the medium tire. Most of the field used softs to complete a fast lap, but Kvyat – 1.233s off the overall pace – was just 0.016s slower than Kimi Raikkonen despite the harder compound.

Raikkonen ensured Alfa Romeo was best of the rest and made a late improvement on old tires in a sign of more encouraging pace, but the top three teams still appear to have an advantage of close to a second over the rest of the field.

Pierre Gasly was eighth after not setting a representative low fuel lap, ahead of Kevin Magnussen in the Haas and Nico Hulkenberg. It was a frustrating session for Hulkenberg, who only completed 11 laps after an electronic error required attention in the garage until after the red flag stoppage with 20 minutes remaining.

Hulkenberg’s time was at least a source of slight encouragement for the home fans as Daniel Ricciardo had been charged with absorbing some of his teammate’s run plan and ended up 17th overall.

Behind the top three teams, the next six – comprising Alfa Romeo, Toro Rosso, Haas, Renault, McLaren and Racing Point – were all covered by under half a second, with Williams well adrift at the foot of the times.

Robert Kubica and George Russell both complete solid mileage and set their best times on the medium tire, but while 2.3s covered the whole field, Kubica was two seconds adrift of Lando Norris in 18th. Russell also had his running interrupted when he stopped at the pit exit, requiring Williams to run the length of the pit lane to push him back to the garage. 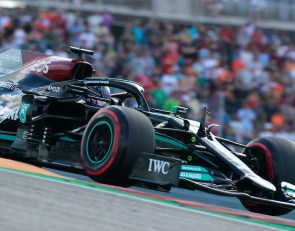 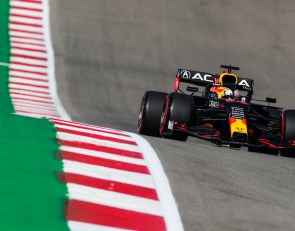 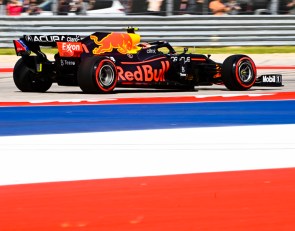