Renault to launch on February 12

Renault to launch on February 12

Renault has become the team to announce the earliest launch date of 2019 so far after revealing its new car will be unveiled on February 12.

The new Renault will be launched at the team’s Enstone, UK headquarters, with the covers coming off the car just under a week before the start of pre-season testing in Barcelona on February 18. In previous years, the team has then carried out a filming day with the new car at the Circuit de Barcelona-Catalunya — doubling as a shakedown — before testing gets underway.

After finishing fourth in the constructors’ championship in 2018, next year Renault will partner Nico Hulkenberg with Daniel Ricciardo after signing the seven-time grand prix winner on a two-year deal from Red Bull.

Ferrari and Racing Point are the other two teams to have confirmed their launches so far, with the Scuderia’s new car being unveiled on February 15. Like Renault, Ferrari will also have a changed driver line-up as Charles Leclerc replaces Kimi Raikkonen.

Racing Point’s launch event is set to include the team’s new identity and will take place at the Canadian International AutoShow in Toronto on February 13. 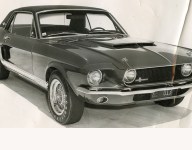