Wander through any racing paddock and you’re bound to see some Mazda and Mazda Motorsports t-shirts and hats. They’re nice and proclaim the racer’s loyalty to the brand, but sometimes people want more. For those looking to declare their Mazda enthusiasm with style, Mazda has introduced the Mazda Collection, a premium line of merchandise and apparel, the Motorsports line of which was launched in January to coincide with the debut of Mazda Team Joest. 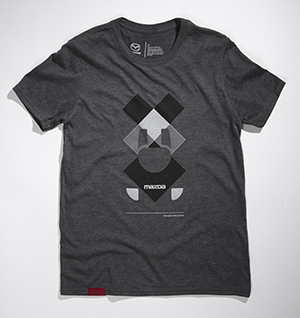 “It’s called the Mazda Collection, and the first line we launched with is the Motorsports Line,” says Matthew Rhoads, a program manager for retail marketing at Mazda who helped launch the merchandise. “The second line that’s coming this fall is called the Essence Line. The Essence Line is Mazda-themed merchandise and apparel – the Mazda brand symbol, paying homage to Hiroshima and more. We launched with the motorsports line because we had Mazda Team Joest making its debut at Daytona in January and we really wanted to capitalize on that.”