Biffle will face an impressive field that includes NASCAR Cup champions Bill Elliott and Bobby Labonte as well as Daytona 500 winner Ward Burton and his son Jeb. The depth of talent in the entry list is IROC-worthy with Truck series champions Ron Hornaday Jr. and Mike Skinner, road course “ringers” Boris Said, Dorsey Schroeder, and Ron Fellows along with Wally Dallenbach, Jr., all ready to rumble. Even more star power will come from two-time Indianapolis 500 winner Al Unser, Jr. and two other Indy 500 veterans, Willy T. Ribbs and Max Papis. Those three open-wheel stars all have NASCAR credentials and are master road racers.

“We weren’t kidding when we said we were pulling together an amazing field of champions,” said SVRA CEO Tony Parella. “Greg told us early on he was interested in the competition and the charity aspect, and we thank him for arranging his schedule to be with us.”

Greg Biffle enjoyed tremendous success in the top three tiers of NASCAR – Cup, the Busch/Xfinity Series and Trucks. He won a total of 55 races – 19 in Cup, 20 in Xfinity, and 16 with Trucks. Biffle was an exceptional qualifier with 39 poles across the three series. He entered NASCAR racing full time with Jack Roush Racing in the 1998 Truck Series where he was crowned Rookie of the Year. He won that series championship in 2000. In 2001 he was full time still with Roush in what was then the Busch Series. He won five races that year to earn him the Rookie of the Year trophy. Biffle brought home the Busch championship in 2002 with four additional race wins. In 2003 he stepped up to Cup competition while continuing to be active in the Busch series. He delivered another strong year with a Cup victory in the July race at Daytona and two additional race wins in Busch. Biffle’s impressive resume earned him entry to that year’s elite IROC championship. 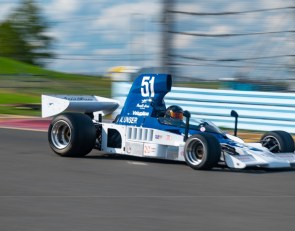 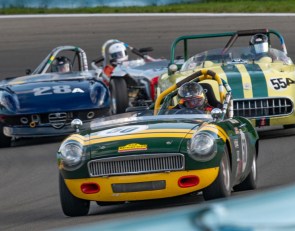