Dearborn, Michigan, must be the happiest place on earth.

It’s easy to imagine the lights shining brightly at 1 American Road as confetti, streamers and loud music accompany a continuously spinning disco ball. Emotions are always on high. The smell of success is in the air. Indeed, success is the cause of the 24/7 celebrations in the 12-story building.

Who’s to say that’s not how Ford World Headquarters goes about business these days? How could it not be a happening place?

Ford put on a show in rolling out its 2019 Mustang last week. Then on Sunday, Ford driver Kevin Harvick won for the seventh time this season in the Monster Energy NASCAR Cup Series. Stewart-Haas Racing teammate Clint Bowyer did so twice earlier this year, and Joey Logano from Team Penske has also earned a victory for the blue oval.

A new car. Ten wins in 23 races. A clean sweep this season in the Cup Series in their backyard at Michigan International. The possibility of at least seven Ford drivers making the postseason. Ford World Headquarters has to be full of smiles in anticipation of capturing the pot of gold at the end of the rainbow. That is what this is about, after all.

So let’s not forget, for all the great things Ford has going for it, the big prize isn’t handed out for another three months. And the Monster Energy NASCAR Cup is a prize that has eluded Ford and its drivers since Matt Kenseth and Kurt Busch won in 2003 and 2004 respectively.

This year looks to be the best chance of any that Ford has had to end the drought. Harvick, of course, is the best candidate with his unbelievable pace in wins, playoff points, and laps led. He is second in the point standings, is locked in and determined, having declared last weekend that he’s eliminated distractions and is focused on his team.

Granted, Ford placed two drivers in the Championship 4 last year – Harvick and Brad Keselowski – but most would probably have admitted winning that title was a longshot against the Toyotas. Sure enough, that’s how things played out, and Harvick and Keselowski ended up the bottom two in the standings.

This year the Fords are just as fast as the Toyotas, and Harvick is a good bet for another Homestead appearance.

So with the start of the playoffs approaching with this kind of backdrop, is it indeed all partying and fun inside the Ford house? Global director of Ford Performance Motorsports Mark Rushbrook was asked last Sunday about the anticipation of racing for a coveted third championship, as well as any sense of dread of potentially wasting this kind of opportunity.

“I got a few goosebumps there with you just saying that,” Rushbrook said. “Definitely we get reminded frequently inside our company that it’s been 14 years, but that is our goal, and it’s a decision that we took about four years ago to get serious, more serious, about technical depth and using the tools that we have inside the company to get the on‑track performance that we really wanted.

“And that’s how long it takes to put full force into the engine program, the aero program, the chassis program, the simulator. It takes that long before they all get running, because you’ve got to have strength in every part of the car. So, it’s been four years working towards this. Hopefully, we can bring it home through this year. Certainly, looking forward to that. But we’ve got a strong car, a new body coming next year, and looking forward to what we can do in 2019, as well.”

What makes the playoffs intriguing can also diminish it somewhat: nothing is guaranteed. A one-race, winner-take-all showdown at Homestead opens up the possibility that the best team and driver, if they make it to the finale, don’t win the championship. Harvick, one of the “Big 3” we have written and talked about routinely this year, could be considered the best driver in the series on any given weekend. Therefore, Harvick is Ford’s best chance to finally win another title and cap off what has already been an incredible season for the manufacturer.

Ford World Headquarters has to be the happiest place on earth indeed. We’ll see if the temperature is the same around Thanksgiving. 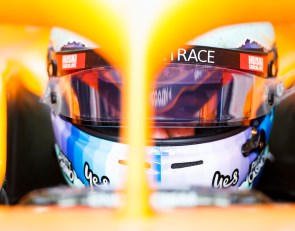