Kurt Busch did as his crew chief instructed him during qualifying at New Hampshire Motor Speedway and it resulted in a pole-winning run for the No. 41 team.

The first driver on track in the final round of qualifying, Busch clocked in a lap of 133.591mph in his Stewart-Haas Ford. It was one lap and done for Busch, and no other competitor could match him after that.

Sunday afternoon’s race will mark the first time Busch has started from the pole at New Hampshire. But it’s the third for Busch this season and the 25th of his career.

“That’s what Billy Scott said to go and do, and so I don’t want to second-guess anything — when the crew chief says go, you just go,” said Busch. “I like the way we made the right changes through each of the rounds, and we stuck to a game plan. That’s exactly what you hope to have each time you go to qualifying where you don’t have to deviate away from the plan you set in place.”

By grabbing the pole, Busch ended a strong qualifying session for the Toyota teams. Kyle Busch was fastest in the first and second rounds, and in the second round Toyotas took up the first five positions.

Martin Truex Jr. led the way for the Toyota camp in the final round. Truex will start second following a lap of 133.502mph. Kyle Busch will start third at 133.431mph, and Denny Hamlin clocked in fourth fastest at 133.361mph. 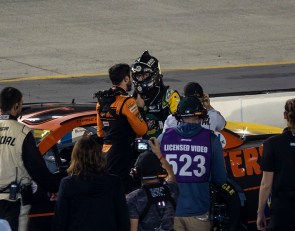 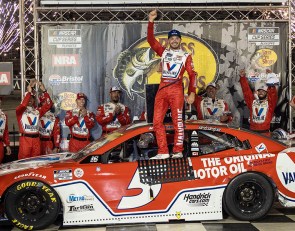