Two practice sessions and the two fastest laps by Josef Newgarden. That was Friday’s storyline during the opening practice for Sunday’s IndyCar race at Road America.

After posting quick time in the morning round in his Verizon Chevrolet, Newgarden backed it up during the afternoon with a lap of 1m42.6279s as Team Penske carried the flag against Honda’s horde.

Following five straight finishes of eighth or worst, the 2017 IndyCar champion needs a good result to get back in the title hunt as he’s slipped to fifth in the standings (68 points behind leader Scott Dixon).

Focused on IndyCar goal, Telitz pushes on through setbacks

“Good day for us, good start to the weekend — I love this place,” said Newgarden, who captured races at Phoenix and Barber earlier this season. “It looks pretty even between Chevy and Honda right now so we’ve got to keep pushing.”

Robert Wickens continued his impressive rookie season by posting the second-best lap of 1m42.9025s in the Lucas Oil Honda and was the only other driver to crack the 1m:43s barrier.

The only serious accident of the day brought out the red flag when Alfonso Celis Jr. lost control in Turn 12 and badly damaged his Juncos Chevy as he bounced through the infield before backing hard into the tire wall.

“I pushed too much and lost it,” said Celis, who is making his IndyCar debut. 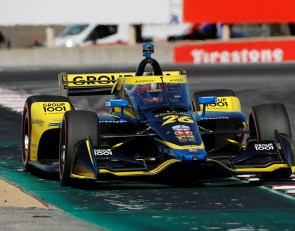 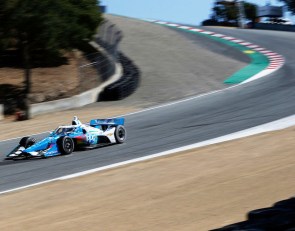