Lewis Hamilton describes his win in the Spanish Grand Prix as “a rejuvenating experience” after feeling happier with the handling of his Mercedes.

Aside from a strong performance in the season-opening Australian Grand Prix, Hamilton had struggled on the whole to replicate that form as the Mercedes proved difficult to drive. After inheriting a win in Azerbaijan when teammate Valtteri Bottas retired ahead of him, Hamilton was dominant in Barcelona and won from pole position by over 20 seconds.

“I think [Barcelona] has been a rejuvenating experience,” Hamilton said. “People probably think it was an easy race and I was cruising but I wasn’t cruising. I was comfortable but at no point did I feel like I was going to lose it.

“In that meeting there are a few key points that I’ll point out, like work on this, make that better and I’ll be faster. The cool thing about being a world champion is the team naturally listens to what you say because you are not talking gibberish so they go away and focus on those areas, look at the data and try to work on it, it is an amazing process you do together when it comes back and it works.

“Of course they knew it would do because they said it was going to work but when they go away and do their expertise and come back on certain area on the car you’ll start to see the benefits from it.”

However, Hamilton doesn’t expect to replicate that form in the next two races given the differences in track characteristics in Monaco and Canada, having seen strong signs from Red Bull last weekend.

“Going into the next races I really don’t know, I think this has been a good race in terms of feeling again compared to what I felt in the first race and it shows that it wasn’t a one-off. But there are a lot of challenging races coming up,

“Monaco is going to be a seriously challenging race as the others are going to be hard to beat. If you look at [Daniel] Ricciardo he was much quicker in the last sector and that sector is all downforce so he is going to be rapid, and they will be rapid and the car to beat.

“Montreal where it is hard to get temperature in the tires. It is going to be multiple laps of driving to get heat into those tires there. These different things that are coming up are going to be challenging and I don’t think it will be as clear as it was today at every single race.” 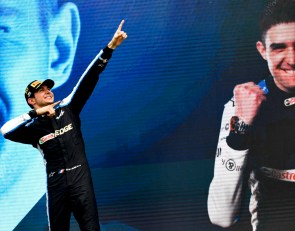