Indy Lights, Pro Mazda back in action at Barber

Indy Lights, Pro Mazda back in action at Barber

Dutchman VeeKay heads Pro Mazda field after first two rounds
Formula 1 driver Jos Verstappen isn’t the only young Dutchman making waves in the world of auto racing. In North America, Rinus VeeKay has been garnering headlines of his own. The 17-year-old from Hoofddorp, Netherlands, finished a close second last year in his rookie season of competition in the Cooper Tires USF2000 Championship Powered by Mazda, and has carried that momentum to a new level in 2018 by stepping up to Pro Mazda and winning both opening rounds last month in St. Petersburg. VeeKay drives for Juncos Racing, which guided Victor Franzoni to the 2017 championship.

Fellow rookies and USF2000 graduates Parker Thompson and David Malukas were among others to impress in Florida. The duo shared second-place finishes for a pair of teams new to Pro Mazda, Exclusive Autosport and BN Racing. Thompson, from Red Deer, Alberta, Canada, who actually led most of the first race until being overtaken by VeeKay, has enjoyed previous success at Barber Motorsports Park, winning both USF2000 races in 2016.

Brazilian Carlos Cunha proved to be best of the Pro Mazda “veterans” in the opening two races, claiming a fourth and a third aboard a second Juncos Racing entry.

Others to shine included 2017 USF2000 champion Oliver Askew, who gathered a pair of top-six finishes for Cape Motorsports after qualifying on pole for the opener, and 16-year-old Sting Ray Robb, who also finished among the top six on both days for Team Pelfrey. Robb also marked himself as a young man to watch by posting a new race lap record.

Kory Enders is undertaking a full season in USF2000 but will take advantage of an otherwise free weekend to gain some more experience and make his Pro Mazda debut with DEForce Racing.

The Pro Mazda Grand Prix of Alabama Presented by Cooper Tires will commence with a 75-minute test session on Thursday, followed by a 30-minute practice session at 8:45 a.m. CT on Friday, April 20, and the first of two qualifying sessions at 2:15 p.m. Another qualifying session at 8:30 a.m. on Saturday will set the grid for Race 2. The pair of 45-minute races are scheduled to start at 12:50 p.m. on Saturday and 9:45 a.m. on Sunday.

Coverage can be found on a series of platforms including Road to Indy TV, the Road to Indy TV App and dedicated broadcast channels on demand via Apple TV, Amazon Fire and Roku and, most recently, the Xbox One Official App as well as live streaming and live timing on the series’ respective websites and indycar.com. Indy Lights is also featured on the Advance Auto Parts INDYCAR Radio Network broadcasts on Sirius 214, XM 209, IndyCar.com, indycarradio.com and on the INDYCAR Mobile app. 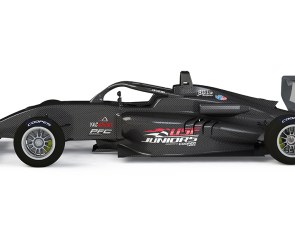 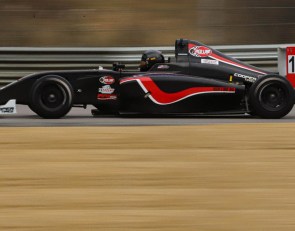