Sebastian Vettel believes he was fortunate to pick up four points in the Chinese Grand Prix after sustaining damage in a collision with Max Verstappen late in the race.

Verstappen was attempting to pass Vettel for third place when he ran into the side of the Ferrari at the end of the long back straight, with both cars spinning. Having led the first part of the race and then fallen behind Valtteri Bottas in the first round of pit stops, Vettel dropped to seventh as a result of the collision and later lost out to Fernando Alonso as his pace clearly suffered.

“I think in a way I’m lucky that I ended it,” Vettel said of his race, which was won by Daniel Ricciardo. “Obviously after a collision like that I think we might have stopped there. The lucky thing was the car was still working. Obviously the floor was damaged and the balance was gone.

“In short we lost the lead with the stop. That wasn’t ideal, so we’re looking into that – I think we were quite sure that we would come out in front, but we didn’t – and then after that obviously the timing of the Safety Car was bad for Valtteri and myself because we had no chance to react.

“Then the race wasn’t frozen, either. Normally it’s frozen for one or two crossings of the Safety Car line, but it wasn’t – the Safety Car was there straight away, so basically we were taken out of the race and we didn’t have a chance to jump on fresh tires or stay out.

“After that obviously it was clear that the Red Bulls were faster. I think the way Daniel approached from behind, there was no point to resist much. The same with Max – I think he had a bad exit off the big straight, otherwise I was ready to just let him go. He wasn’t there, so then you stay in front.

I gave a little bit of room just in case he has a tiny lock-up, but then obviously he had a big lock-up, and that’s when we crashed.” 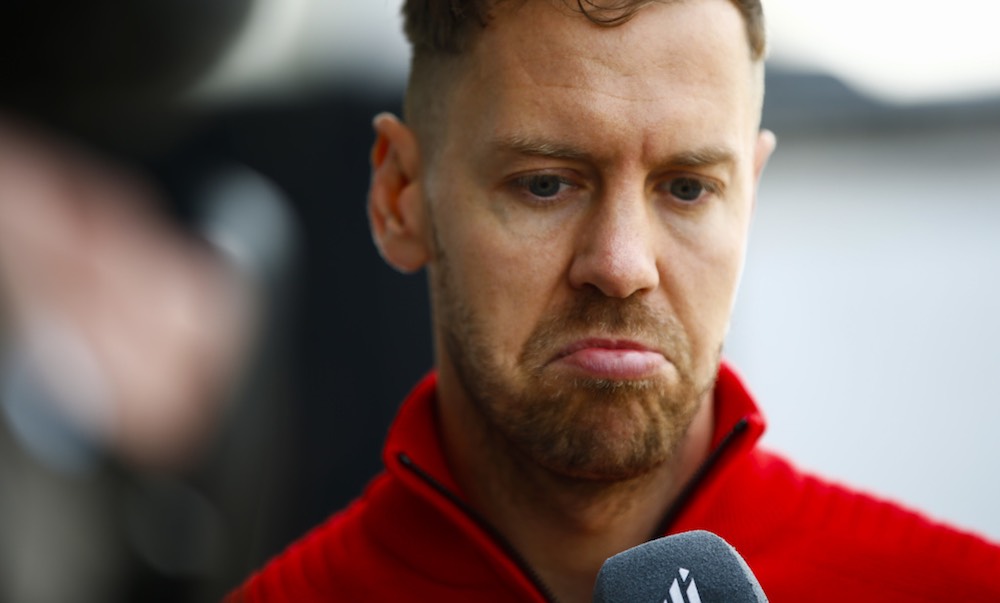 With Verstappen apologizing for the incident, Vettel revealed what he said to the 20-year-old after the race but doesn’t believe age plays a part in the incidents.

“I think he got it. He was quite [devastated] and realized that he messed up. They were also asking whether it’s a question of age and so on – it’s not. He’s won so many races, you know. Now the wind had stopped, but we had a bit of tailwind the whole race, and you have 41 laps to know that it’s tricky to stop the car there anyway. But, yeah, it happens.

Asked if Verstappen needs to change his style, Vettel replied: “I think in that situation he has to, otherwise it happens again.

“But I appreciate the fact that he came straight away. I told him as well that this is the way to solve it: face to face and not – excuse me – through you [media] or blowing something up. I have no problem. I was calm in the car. I tried to get the car back in the best possible position and calm down.”